The National Conference leader said there were some people with "vested interests" both in India and Pakistan, who do not want peace between the two countries. 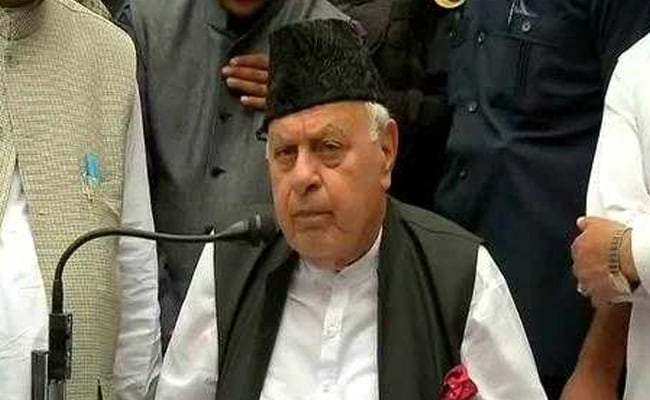 National Conference president Farooq Abdullah on Saturday said he was hopeful of better relations between New Delhi and Islamabad after Imran Khan took over as the Prime Minister of Pakistan.

He expressed hope that Prime Minister Narendra Modi will emulate the steps of former prime minister Atal Bihari Vajpayee who wanted to improve ties with the neighbouring country.

"As Imran Khan took over as the PM of Pakistan, we are hopeful of a better relation between India and Pakistan which is very important for us because our issues will get resolved only when there is an atmosphere of friendship between them," Mr Abdullah, who is also the Member of Parliament from Srinagar, said.

He was addressing party workers at a function to mark the 36th death anniversary of his father and party founder Sheikh Mohammad Abdullah.

"When an RSS and Jan Sangh leader like Vajpayee can go to Pakistan and say India accepts Pakistan as a country and wants to live in friendship with it, I hope the country's PM (Modi) thinks about it and works towards taking a step like that," Mr Abdullah said.

He said the region will progress only when the two countries start living as good neighbours.

"We should not forget he (Vajpayee) said that friends can be changed, but not neighbours and if we can live with neighbours as friends, then we both will progress," the former chief minister said.

The National Conference leader said there were some people with "vested interests" both in India and Pakistan, who do not want peace between the two countries.

He said he read a newspaper article in which India's envoy to Pakistan had said the neighbouring country wants friendly ties with India.

"If the envoy is saying that, then what is the problem, why is India not taking a step forward. Do they have to save this country or not? Or do we only want to have hatred between Muslims and Hindus?" Mr Abdullah asked.

Indian High Commissioner to Pakistan Ajay Bisaria had on Friday said the new government there has opened a political window and India is "filled with cautious hope".

The NC president said the way Punjab minister Navjot Singh Sidhu was targeted by the media "shows that there are some channels which do not want better relations between India and Pakistan".

He said if the country wants to come out of the atmosphere where attacks are happening on the people from minority communities, then "we have to respect every citizen and their religion as well".

"No Muslim has ever told any Hindu or Christian to change the way they practice their religion or change their food habits or has stopped them from visiting their religious places. But, when they tell us not to offer prayers in a particular way or stop 'Azaan' (call for prayers), they want to change Gandhi's India," he said.

Mr Abdullah said every religion has to be respected and people have to be given the rights as enshrined in the constitution.

The NC president accused "agencies" of spreading rumours about danger to Kashmiri Pandits living in the valley and called upon his party workers and the people of Kashmir to safeguard the community.

"I want to tell the NC workers that a new danger is there. There are rumours are being floated and I think agencies are doing it like it was done during (former governor) Jagmohan's time, that Kashmiri pandits are in danger and they should be cautious. This is being done to spread fear in the country so that there are clashes between Muslims and Hindus.

"I want to tell not only the workers of NC, but the people of Kashmir, that pandits are our brothers and it is our duty to safeguard them. Make sure no Hindu feels unsafe here. Every Kashmiri - whether people from Hurriyat (Conference), NC, Congress or PDP - is duty bound to safeguard them," he said.