Honey, I Shrunk Shah Rukh Khan. The Role Of VFX In His Next Film 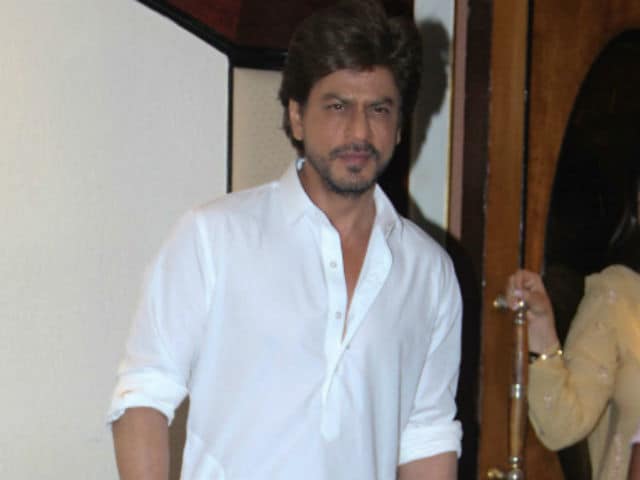 New Delhi: Actor Shah Rukh Khan, who is currently filming Aanand L Rai's next, is playing a dwarf in the untitled film. For SRK's look, the makers of the film are using advanced technology inspired from Hollywood films like The Hobbit and The Lord Of The Rings and 'oversized costumes,' reports mid-day. "The makers will not superimpose SRK's face on a dwarf actor. They will shoot using Forced Perspective, a technique that employs optical illusion to make an object appear farther away, closer, larger or smaller than it actually is. It will make SRK look shorter," a source told mid-day. While the actor's company Red Chillies VFX is working on the special effects. An office has also been set up in Mumbai's Goregaon for the post-production edits.

Of SRK's character, Mr Rai earlier told news agency IANS, "It is a movie on a vertically challenged special person. I enjoyed while shooting for the film. I think technically these kind of films should be made in India. I feel proud that my team is doing that."

The Dwarf & his Director! @iamsrk@aanandlrai#RaeesSuccessPartypic.twitter.com/h0K2XbwIow

Meanwhile, Shah Rukh Khan, 51, also revealed that he wants Salman Khan to feature in a cameo in his film. SRK played magician Gogo Pasha in Salman's last release Tubelight. "There is a guest appearance in Aanand's film that I'd like Salman to consider. We are still working on it. But, I would like him to play the role. I am going to speak to him when we get time. Salman and I only meet at 3 am, so we have to wait for the apt time," Shah Rukh told DNA.