Hitting Back at Pakistan, India Says it Doesn't Need a Lecture on Pluralism 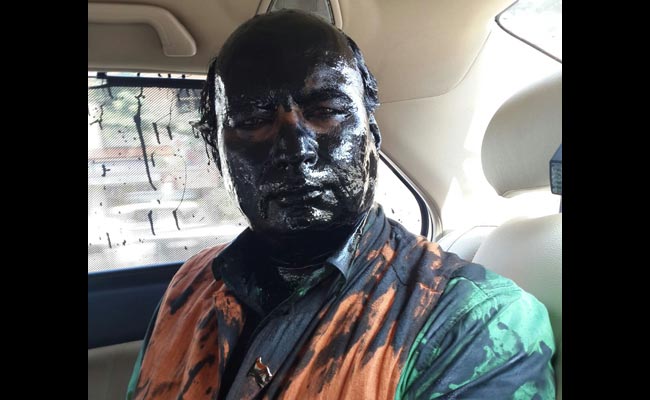 Shiv Sena activists had poured ink over Sudheendra Kulkarni for his insistence to go ahead with a former Pakistan minister's book launch.

New Delhi: Hitting out at Pakistan for trying to give a sermon on pluralism after Islamabad expressed concern over attempts to disrupt functions of its prominent personalities, India asserted that non-practice of terrorism is central to the betterment of ties between India and Pakistan.

"(As if) Pakistan is the embodiment of tolerance, pluralism. India does not need to take a lecture from Pakistan. If India has a shortcoming, it is capable of looking after it," top official sources said.

The Indian reaction came after Pakistan Foreign Office said it "noted with concern attempts to disrupt functions organised in respect of prominent Pakistani personalities on visit to India" while referring to cancellation of a cultural event by singer, Ghulam Ali and attempts to disrupt a book launch of former Pakistan foreign minister Khurshid Kasuri in Mumbai.

"There is a need to ensure that such incidents do not reoccur," the Pakistan Foreign Office said.

However, the sources said India has made it clear that terrorism cannot be an instrument of statecraft.

"It cannot be a routine way. There has to be recognition that non-practice of terrorism is central to the betterment of the relationship. If they are in denial of that (that is an issue). One country cannot resort to terrorism as a way of pressurising the other. It is not asking for too much," they said.

The officials sources also maintained that India was "open" to a meeting between its National Security Advisor (NSA) and his Pakistani counterpart on the sidelines of the UN General Assembly last month but Pakistan was not "that open and that is why it did not happen".

"You cannot take away the centrality of terrorism in the current state of the relationship. They did not dispute it. But obviously their domestic politics took them in a different direction from the Ufa. Politics in some countries are not played only by politicians. We were still open to having NSA-level talks and there was no lack of clarity on that," the sources said.
Comments
India Pak relationsIndia PakistanIndia Pakistan Border TensionGhulam Ali Concert CancelledSudheendra Kulkarni paint attackPakistan Foreign officeUfa talksNew DelhiIndiaPakistanNSA talks with Pakistan