A 42-seater ATR aircraft of Alliance Air touched down at Pasighat in Arunachal Pradesh, carrying Pema Khandu and 24 other passengers, from Guwahati 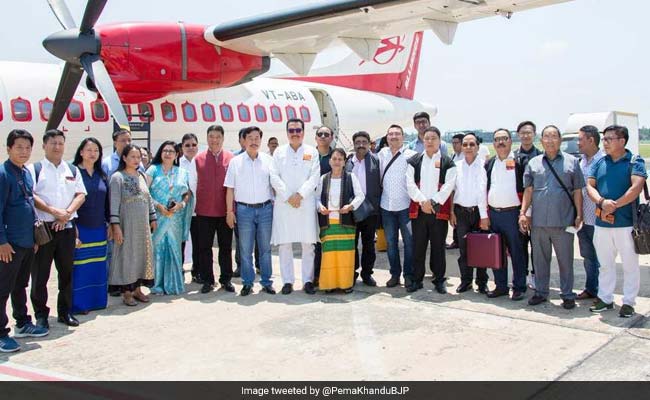 Itanagar: Arunachal Pradesh has been put on the aviation map of the country with the state's first commercial flight, carrying Chief Minister Pema Khandu and 24 other passengers, landing at Pasighat in the north-east state's East Siang district, 305 kilometres from state capital Itanagar.

The airport is on an advance landing ground or ALG, meant to support operations of small aircraft and some military planes.

A 42-seater ATR aircraft of Alliance Air touched down at Pasighat at 2.15 pm after a 1.5-hour-long flight from Lokpriya Gopinath Bordoloi Airport in Guwahati.

Landed safely at Pasighat airport few minutes ago flying from Guwahati on Alliance Air. Proud to be part of this historic moment. I am extremely thankful to PM @narendramodi ji and @MoCA_GoI for connecting Arunachal with airways. @PMOIndia@BJP4Indiapic.twitter.com/jRUZWABjmX

Mr Khandu also tweeted photos of the aircraft along with its crew.

"It is a history in making. With this commercial flight, new vistas of economic development have opened in the region. Besides, the flight services will also open up ample opportunities for the tourism industry," the chief minister said after getting out of the plane at Pasighat.

Alliance Air, a subsidiary of state-run carrier Air India, will operate flights on the Kolkata-Guwahati-Pasighat route thrice a week -- Tuesday, Thursday and Saturday.

Arunachal Pradesh has big potential for generating hydro-power and producing a wide range of horticultural and agricultural products, but mobility has always been a bottleneck in the state, Mr Khandu said. 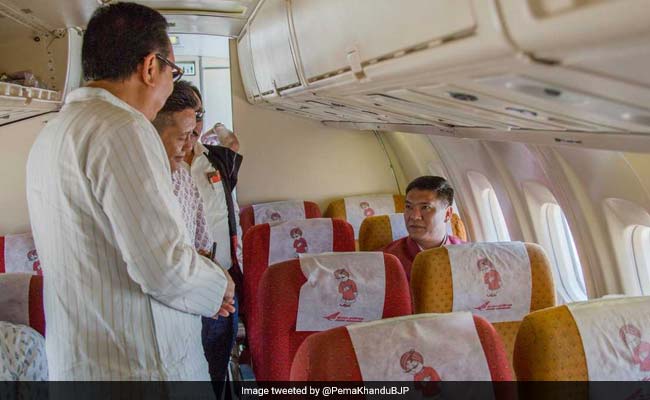 Arunachal Pradesh Chief Minister Pema Khandu in the Alliance Air ATR aircraft that flew from Assam's Guwahati to Pasighat in the border state.

"Now, with the launch of the commercial flight, tourists from other states and foreign countries will be able to visit the picturesque locales of the state," he said.

In future if the small airport supports cargo plane operations, the state will be able to send its indigenous products outside the state in large quantities, Mr Khandu said.

Another airport at Tezu in Lohit district, 306 km from Itanagar, will be ready for flight operations soon, the chief minister said.

"Besides, Zoom Airlines is scheduled to introduce its services in the state soon," he added.

Promoted
Listen to the latest songs, only on JioSaavn.com
The border state has some 120 helipads and 10 advanced landing grounds, built for defence as well as civil operations.