Hindi has Potential to Unite India, Can Chase Away English: RSS Mouthpiece 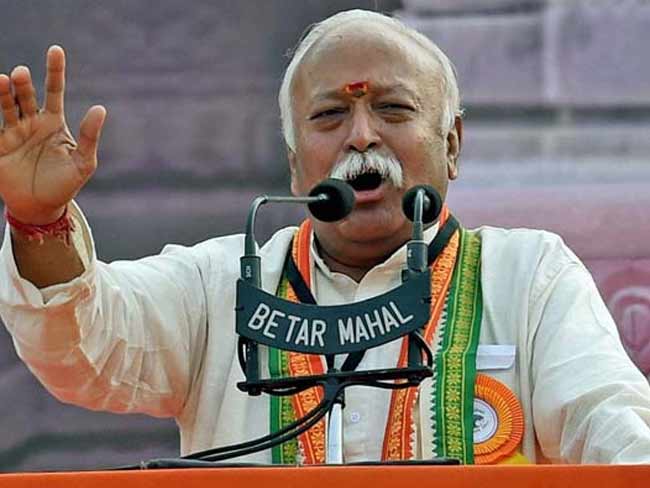 In an editorial, the RSS mouthpiece has said that efforts are being made to grant Hindi the status of an official language at the United Nations.

New Delhi: Hindi has the potential to unite the country and chase away the English language, which has "enslaved" India, said an editorial in Rashtriya Swayamsevak Sangh's (RSS) publication, Panchjanya. The RSS is the ideological mentor of the BJP.

The cover article in the RSS mouthpiece said, "Hindi is the language with the potential to chase away English from the country. It will prosper along with other regional languages... English is entrenched deeply in the Supreme Court functioning, file notings of bureaucracy and conduct of policy discussions, which is very dangerous."

Taking a dig at the Congress, the editorial said, that while Constitution makers wanted the national language to replace English in 15 years, "centres of power" were not dedicated to Hindi and "hatched conspiracies" to organise other Indian languages against it.

"The centres of power were not dedicated to Hindi, the language through which Mahatma Gandhi, woke up the nation and which was key to the lively speeches of Subhas Chandra Bose and Bhagat Singh. On the contrary, conspiracies were hatched to organise other Indian languages against Hindi," said the editorial.

It also said that efforts are being made to grant Hindi the status of an official language at the United Nations.

The editorial goes on to say, "While Hindi has public support (janadhaar), English has the market (bazaar) and the court (durbar). If Hindi has to be taken forward, for it to become an organ of Bharat's self-respect, progress and pride, it should be strengthened."