Himachal Pradesh weather: The state may witness heavy rainfall and snowfall during the day as the MeT centre has already issued a yellow warning. 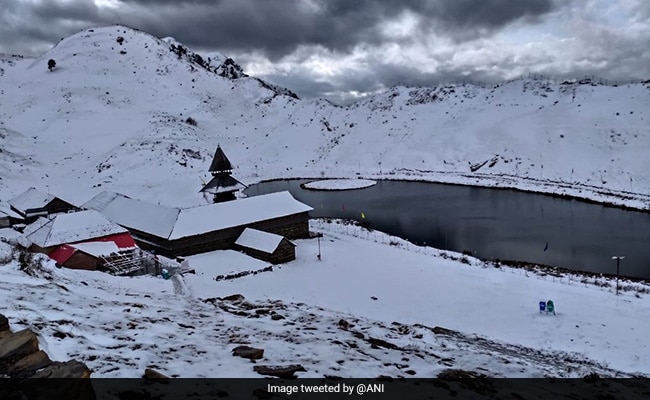 Himachal Pradesh continued to record shivering temperatures on Friday after snowfall and rains across many places in the state, the meteorological department said.

The state may witness heavy rainfall and snowfall during the day as the MeT centre has already issued a yellow warning for Friday.

Yellow is the least dangerous of the weather warnings that indicates the possibility of severe weather over the next few days.

The tribal dominant districts of Lahaul-Spiti and Kinnaur along with tourist places of Kufri and Manali received snowfall for the second consecutive day, Shimla Meteorological Centre Director Manmohan Singh said.

The minimum temperatures in Kufri, Manali, Dalhousie and Kalpa were minus 2.6, minus 1.6, minus 1.5, minus 1.2 degrees Celsius, respectively.