The expansion will be affected to fill two ministerial berths, which have been lying vacant for the past several months. 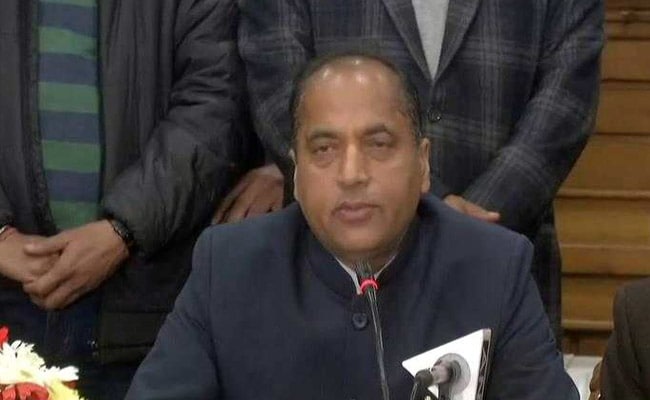 The chief minister said he had consulted the party high command regarding the cabinet expansion recently.

The expansion will be affected to fill two ministerial berths, which have been lying vacant for the past several months.

Anil Sharma, who was the power minister in the state government, had to resign after his son Aashray contested on the Congress ticket from the Mandi Lok Sabha seat this year.

Anil Sharma had refused to campaign for the BJP candidate from Mandi, Ram Swaroop Sharma.

Kishan Kapoor, who was the Dharamshala MLA and civil supplies minister in the state government, had resigned after he was elected to the Lok Sabha in May from Kangra.

There are unconfirmed reports that one or two ministers may be dropped from the cabinet and new faces may be inducted.

He said the accusations levelled against the new government by the Shiv Sena and the NCP were false as the governor had invited the BJP for the formation of the government as per rules and regulations.

The CM further stated that the issue of spreading canard against some senior leaders of the party, including ministers, through social media had also reached the party high command and strong action would be taken against those indulging in such nefarious activities.

Mr Thakur said state was blessed to have been chosen as "tapobhoomi" by hundreds of sages, leaving an indelible imprint on the life of people.