Here's How PM Modi Will Celebrate His 68th Birthday

PM Narendra Modi's 68th birthday: After landing in Varanasi, PM Modi will head directly for Narur village, where he will interact with students of a primary school 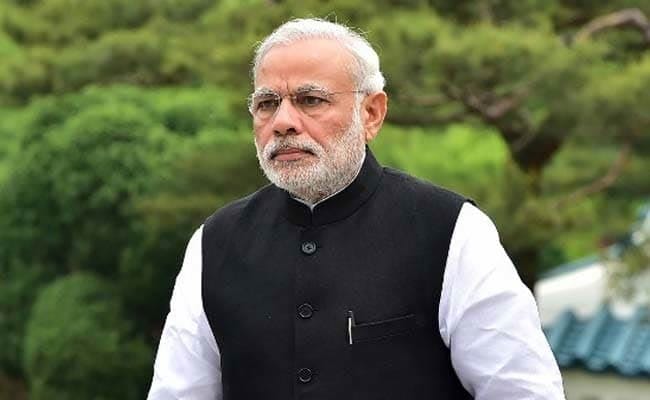 Prime Minister Narendra Modi will celebrate his 68th birthday today in his parliamentary constituency Varanasi in Uttar Pradesh. PM Modi will be in the temple city for two days, where he will lay the foundation stone for various development projects worth Rs 500 crore, his office said.

After landing in Varanasi, the Prime Minister will head directly to Narur village where he will interact with students of a primary school. After that, he will hold an interaction with students of Kashi Vidyapeeth at the Diesel Locomotive Works (DLW) campus.

On the second day of his visit, the Prime Minister will lay foundation stones for a number of development projects including Integrated Power Development Scheme (IPDS) for Puraani Kashi and an Atal Incubation Centre at the Banaras Hindu University amphitheater. The Prime Minister is also likely to launch infrastructural projects - including the expansion of the Babatpur-Shivpur road, Ring Road phase I. He will also address a gathering.

On his last birthday, PM Modi had visited his 98-year-old mother, Hiraba, on the outskirts of Gujarat's Gandhinagar, before going on to dedicate the Sardar Sarovar Dam to the nation.

While wishing PM Modi on Twitter today, President Ram Nath Kovind described him as a Prime Minister who works with dedication for building the nation.

Finance Minister Arun Jaitley also wrote a message on Twitter for PM Modi. He wrote, "Warm birthday compliments to the dynamic and illustrious Prime Minister of India, Shri Narendra Modi-ji. I wish him good health and a long life. May he continue to render for many more years his exceptional services to the nation and guide the country to its glory".