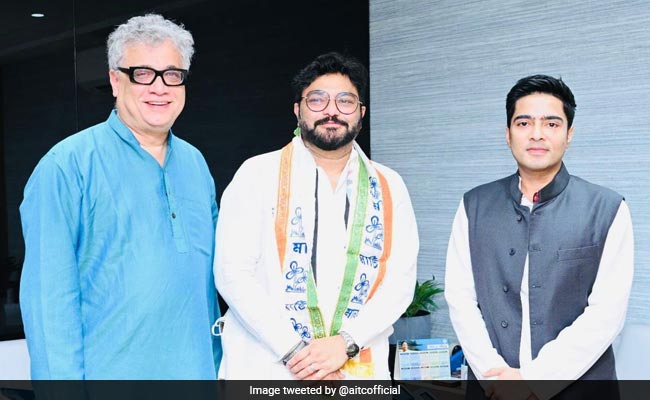 Babul Supriyo's induction into the Trinamool Congress (TMC) on Saturday after he resigned from Bharatiya Janata Party (BJP) saying he is 'quitting politics', has drawn several political reactions. Mr Supriyo is greedy, said BJP leader Anupam Hazra adding that the former wanted to remain a Minister throughout his life.

"It has proved that Babul Supriyo is politically greedy. When he was removed from the Cabinet, he immediately took this decision within 1-2 months. These people do not carry basic ethics. Rather, he should have been grateful that BJP gave him chance to remain a minister for seven years," said Mr Hazra in an interview with ANI.

Taking to social media, Mr Supriyo had declared in July that he would quit politics.

"Had it been someone else, they would have been thankful to Prime Minister Narendra Modi for giving seven years to serve as a minister," he added.

The BJP leader further noted that as a minister, he was "pampered" in the party.

Mr Hazra also alleged that Mr Supriyo was waiting to crack a deal with TMC to give him a Rajya Sabha seat.

"Now that Arpita Ghosh has resigned from her post as a Rajya Sabha MP, so maybe Babul will enter through Rajya Sabha," he said.