Defending the three farm laws, Mr Alphons said there was nothing wrong in them. 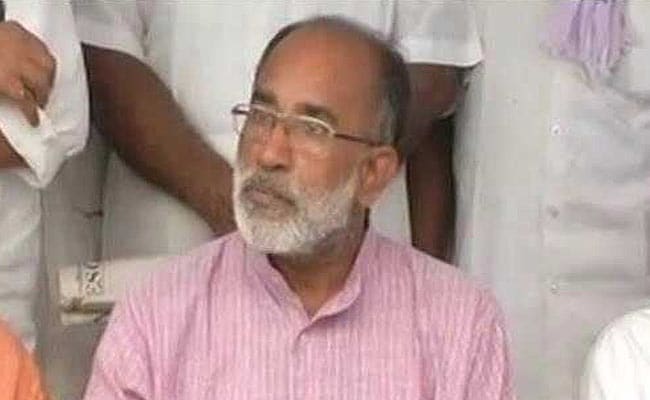 KJ Alphons also accused the Opposition of sowing the seeds of dissent against the government. (File)

Stating that hoisting a religious flag at the Red Fort was "treason", BJP leader and former Union minister KJ Alphons on Friday said in Rajya Sabha that farmer leader Rakesh Tikait cannot get away by shedding tears after the violence during their tractor parade seeking the repeal of new farm laws.

Defending the three farm laws, Mr Alphons said there was nothing wrong in them.

Farmers protesting against the laws at border points of Delhi faced criticism after the violence during their January 26 tractor rally. However, Bharatiya Kisan Union (BKU) leader Tikait's emotional outburst provided a fresh momentum to the agitation.

"If you are leading an agitation Mr Tikait, and you tell people take rods with you and then you finally shed tears and say sorry ''I didn't know," have a backbone," Mr Alphons said during a discussion on Motion of Thanks on Presidential Address.

He also accused the Opposition of sowing the seeds of dissent and hatred against the government.

"When you sow the seeds of hatred against the government...you are sowing the deep seeds of extremism. What happened at Red Fort is treason. If not treason, tell me what was it?" he told the House.

Interjecting on this issue, Congress leader Digvijay Singh challenged the BJP leader for a debate on the issue of minimum support price (MSP) for crops.

Defending the new agri laws strongly, BJP leader Neeraj Shekar asked the protesting farmers to recognise people who have boycotted the presidential address and now participating in the debate to give speech on injustice meted out to farmers.

"I want farmers to recognise these people. Some say they want their party to come to power in Punjab and Haryana, that's why they are giving speeches here. They don't have empathy towards you (farmers). They are talking because they want to come to power," he said targeting the Opposition.

In an apparent swipe at Rahul Gandhi, Mr Shekar advised Congress MPs to "listen to your senior party leaders" and added "if you take decision based on Yuvraj, then the party which...has come down to 40 seats will next reach a low of 5".

Mr Tikait is one of the 41 farmer leaders negotiating with the government on the farm laws. Eleven rounds of formal talks between the Centre and farm leaders have failed to produce any concrete results. The government has offered concession including suspension of laws for 18 months, which the unions have rejected.