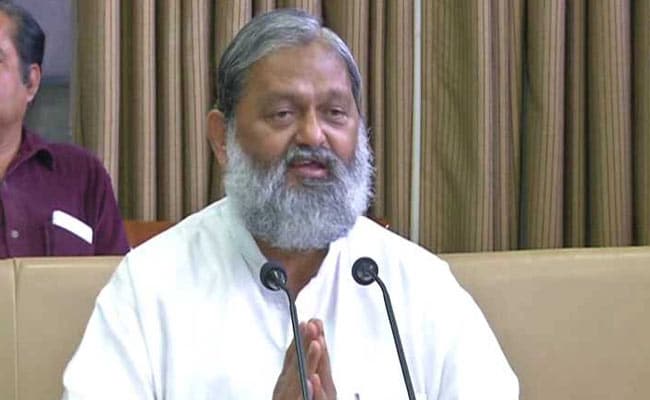 Speaking on the intolerance debate, Haryana minister Anil Vij, said that some people were not able to digest the able leadership of PM Modi.

Ambala, Haryana: Haryana Minister Anil Vij today gave a new twist to the intolerance issue, alleging some people were raking it up at Pakistan's behest to thwart India's chances of getting permanent membership of the UN Security Council.

The senior minister also termed Bollywood star Aamir Khan's remarks on the intolerance issue as "unnecessary and untimely" and urged him to review it.

"In our country, some people are raking up intolerance issue at Pakistan's behest. They are trying to build an atmosphere to thwart our chances of getting permanent membership of the UN Security Council," said the Health and Sports Minister in the Manohar Lal Khattar-led BJP Government.

"The conspiracy has been hatched in Pakistan so that we do not get the permanent membership," he charged.

He also hit out at the "so-called secular forces", saying they were not able to digest the "able leadership" provided by Prime Minister Narendra Modi, who is making a strong pitch for country's permanent membership of the UN Security Council.

He was responding to questions asked in the context of Aamir Khan's remark that he has been "alarmed" by a number of incidences and that his wife Kiran Rao even suggested that they should probably leave the country.

Hitting out at those who started the intolerance debate in the country, the five-time legislator from Ambala Cantt, asked, "Where were these people when the 1984 anti-Sikh riots happened. Why did these people not raise their voice then?"

To another question, Mr Vij criticised Delhi Chief Minister Arvind Kejriwal, saying "the man who used to curse (RJD chief) Lalu Prasad calling him corrupt, was now hugging him. Everyone knows that Kejriwal can quickly change colours as he does not have any ideology".