Haryana Government To Set Up 'Gaushalas' In All Jails: Manohar Lal Khattar

Chief Minister Manohar Lal Khattar said stray animals would be given shelter and prisoners would be able to earn 'punya' (moral deed) by providing their services to the 'gaushalas'. 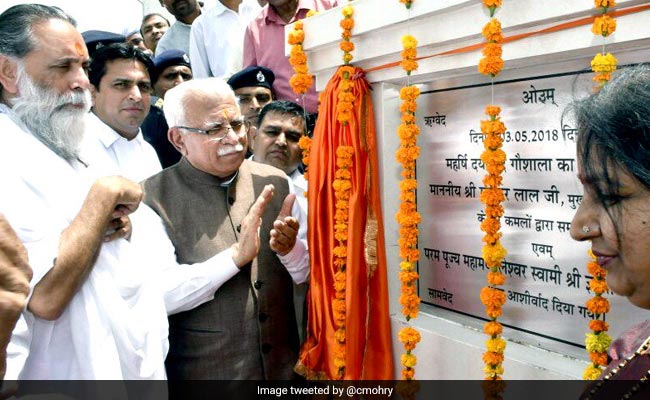 Karnal, Haryana: Haryana Chief Minister Manohar Lal Khattar today said that the state government would set up 'gaushalas' in all the prisons.

He laid the foundation stone of the first 'gaushala' in the jail of the state in Karnal.

The chief minister said that the stray animals would be given shelter and prisoners would be able to earn 'punya' (moral deed) by providing their services to the 'gaushalas'.

This service would also help in transforming the minds and hearts of these prisoners, he added.

On this occasion, Haryana's Jail Minister Krishan Lal Panwar said that the government has formulated a policy for setting up 'gaushalas' in the state.

Promoted
Listen to the latest songs, only on JioSaavn.com
Under this policy, the government would provide Rs 5 lakh to those gram panchayats which would set up the 'gaushalas' over one acre land having capacity to shelter 100 cows.

The 'gaushala' in the Karnal jail is being established on a three acre land and it would house 300 cows, he said.