Haryana Election 2019: Kumari Selja said the crime rate in Haryana was 36 per cent and there was a substantial increase in the number of rape cases. 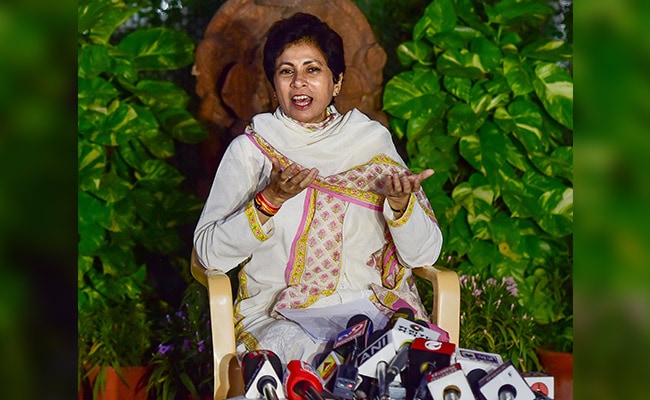 "Haryana burnt thrice in the past five years," Ms Selja told reporters in Chandigarh in an apparent reference to the violence in the state during incidents related to self-styled godmen - Rampal and Dera Sacha Sauda chief Gurmeet Ram Rahim Singh as well as the Jat agitation.

Eighty people died in incidents of police firing, she said while addressing the media at the release of the party's manifesto for the October 21 assembly polls.

She said the crime rate was 36 per cent and there was a substantial increase in the number of rape cases.

Vowing to expose the Khattar government, Ms Selja said unemployment and plight of the farmers were key poll issues.

A special probe panel will be established to inquire into alleged scams under the government, she said.

Expressing concern over the drug menace, Ms Selja said a special task force would be formed to keep a check on it.

Besides this, the party promised to bring in a strong legislation to check the menace of mob lynching.

(Except for the headline, this story has not been edited by NDTV staff and is published from a syndicated feed.)
Comments
Kumari SeljaHaryana Election 2019Haryana Polls