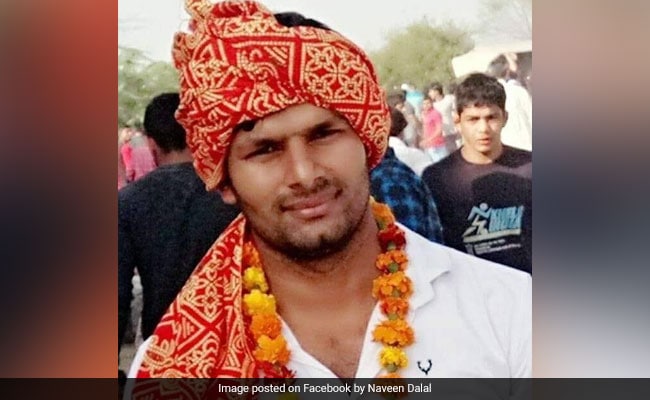 Naveen Dalal, accused in an "attack" on former JNU student leader Umar Khalid in Delhi last year, is contesting the Haryana Assembly election on a Shiv Sena ticket from Bahadurgarh.

The self-proclaimed "gau rakshak" (cow protector) said he joined the Shiv Sena six months ago because he felt parties like the BJP and the Congress only did "politics in the name of cows, farmers, martyrs and the poor".

"I joined this party because its policies and stand on these and other issues are clear," he said on Wednesday.

Mr Dalal, 29, said he had been standing for issues like cow protection for the past ten years. "I felt that parties like the BJP and the Congress only do politics in the name of cows, farmers," he said.

Mr Dalal said the support of the people motivated him to join politics. "I got so much support from the people of my constituency. They motivated me to join politics so that I could vigorously take up the causes close to my heart as I could get a bigger platform," he told news agency Press Trust of India over the phone.

Naveen Dalal, along with another man, had allegedly "attacked" Umar Khalid at the Constitution Club in Delhi on August 13 last year, reported news agency PTI.

The two men were later arrested from Fatehabad in Haryana's Hisar district and both had claimed that they were cow vigilantes and wanted to draw attention towards the protection of the animal.

At the time, the two men had told the police that they had planned to disrupt the event that was being held at the Constitution Club.

When asked about the incident, Mr Dalal, who is currently on bail in the case, said he would not like to talk about it now as he was busy in election campaigning.

In his poll affidavit, Naveen Dalal has mentioned about the Delhi incident and two more cases pending against him.