Vikas Chaudhary Congress: The Congress hit out at the BJP government over law and order in the state. "It is not in my knowledge right now," the Chief Minister was quoted as saying.

Vikas Chaudhary was attacked outside a gym in Sector 9 in Faridabad.

Haryana Congress leader Vikas Chaudhary was shot dead by two unidentified men in Faridabad near Delhi this morning. The 38-year old had just got into his car at the parking lot of his local gym in Sector 9, when he was shot. The attackers had pumped 10 bullets through the windscreen of his car, the police said.

A CCTV installed on the road had caught the shocking daylight murder, which took place around 9 am. The footage showed part of the parking lot next to the road. In the footage, two men could be seen walking up to the car, parked in the corner right next to the road and open fire. One was even seen calmly walking off, then coming back to check through the car window.

Both shooters managed to get away despite the presence of several people on the road.

The police said four men were involved in the crime, and they came in a Maruti Suzuki SX4 car. Investigations are on and the police are waiting for the post-mortem report.

The Congress hit out at the Manohar Lal Khattar-led BJP government over law and order in the state. "It is not in my knowledge right now," the Chief Minister was quoted as saying by news agency ANI. 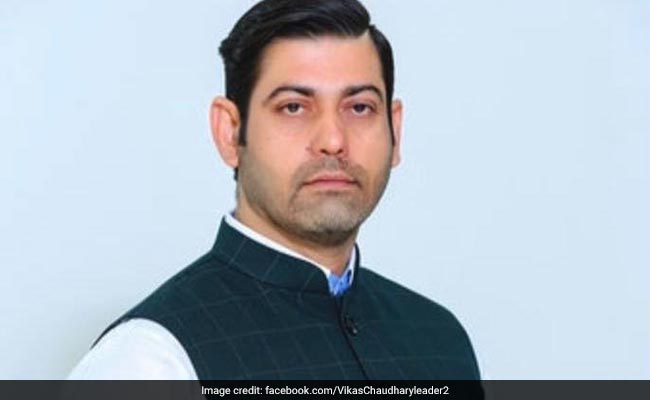 Minutes before, Congress chief Rahul Gandhi tweeted: "The murder of the Congress spokesperson in Faridabad is condemnable, shameful and sad. This is a reflection of the deteriorating law and order in Faridabad."

"It's 'jungle raj", there is no fear of law. Same kind of incident happened yesterday, where a woman who opposed molestation was stabbed. There should be an investigation," Haryana Congress president Ashok Tanwar was quoted as saying by news agency ANI.

"We are deeply angered and saddened by this act of grotesque violence against a member of the Congress Party. We urge the Haryana government to bring the perpetrators to justice at the earliest. Our sincere condolences to his family in this time of grief," the Congress tweeted.

Vikas Chaudhary, the spokesperson of the Haryana Congress, had recently switched to the party, after leaving the Indian National Lok Dal (INLD).

Word 'Indian' Not In WHO Report On Covid Variant: Government Fact-Checks