Haryana Announces 9 pm To 5 am Night Curfew From Tonight

The decision has been taken in the wake of an increase in the number of COVID-19 cases in the state recently, Haryana government said. 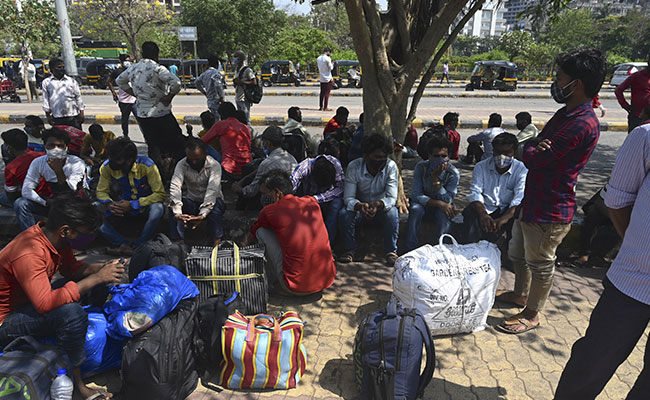 Haryana reported a record spike of 3,440 cases on Sunday.

Haryana on Monday announced a night curfew from 9 pm to 5 am as the state battles a huge rise in coronavirus cases along with rest of the country.

"Night curfew between 9 pm and 5 am will be imposed from tonight and will remain in force till further orders," Haryana Home and Health Minister Anil Vij told news agency PTI.

He said the decision has been taken in the wake of an increase in the number of COVID-19 cases in the state recently.

"The situation will be assessed after a few days after which a decision on continuation of night curfew will be taken," Mr Vij said.

However, there shall be no curbs on movement of goods, he said. Emergency and municipal services, people tasked with law and services, police, military and paramilitary personnel have been exempted from the curfew, according to the order.

All vehicle and persons travelling through the state shall be allowed to pass, but only after verification of point of origin and destination, the order said.

Pregnant women and patients going to get medical services and passengers going to or returning from airport or railway stations will be exempted.

On Monday, Haryana reported a record spike of 3,818 cases, the highest in nearly five months, according to a health department bulletin. In the past several days, there has been a daily surge in the number of cases in the state, with many districts including Gurgaon, Karnal, Kurukshetra and Faridabad reporting big spikes.

3 Dead After Taking Medicine As Substitute For Liquor: Chhattisgarh Police