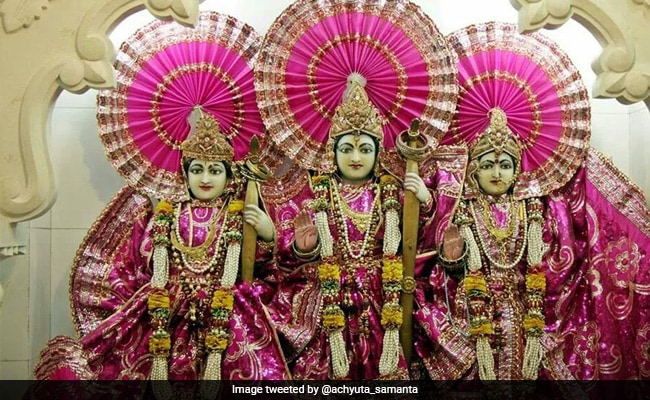 Today is Ram Navami. On this day, Lord Ram, an avatar of Lord Vishnu descended on earth to kill the demon king Ravana. The auspicious day of Ram Navami is observed with great reverence in most households in the country. Ram Navami falls on the ninth day of Chaitra Navratri in the Shukla Paksha or the New Moon phase in April. Lord Ram or Lord Rama - revered for his prosperous and righteous reign during the Treta Yuga - is also known as Maryada Purusottama. Many devotees do yagya or homa on Rama Navami to conclude the nine-day Chaitra Navratri. Since Ram Navami is the biggest day during Chaitra Navaratri, the festival is also known as Rama Navratri.

Ram Navami is celebrated to mark the descent of Vishnu avatar of Lord Ram on earth. He was born in Ayodhya to Queen Kausalya and King Dasharatha, in the Treta Yuga. Mention of Lord Ram is not only found in the ancient Hindu texts, but also in Jain and Buddhist scriptures. Lord Rama is the central figure in the Hindu epic - Ramayana - a text that not only has great significance in India but throughout Southeast Asia.