Happy Lohri: Many Bollywood songs are also themed around the festival. Here are some of the songs that are picturized around Lohri in Bollywood films. 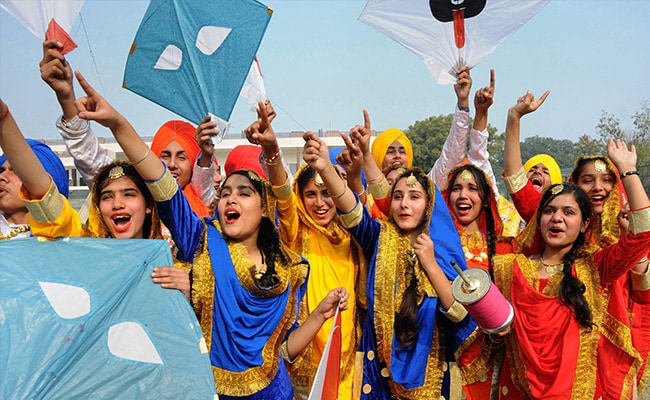 Lohri Festival 2020: Lohri is incomplete without songs and dance.

The joyous festival of Lohri is here! As the communities celebrate winter crop and welcome the winter season, add spunk to your Lohri festivities by playing some of the famous folk numbers like Saanu De Lohri, Sundar Mundariye Tera Kaun Vichara, Huley Ni Mayi, or Lohri Diyaan Boliyaan that would instantly get you into the groove for Lohri fun! Many Bollywood songs are also themed around the festival. Here are some of the songs that are picturized around Lohri in Bollywood films:

No Bollywood song can portray Lohri better than this one featuring megastars Amitabh Bachchan, Hema Malini, Preity Zinta, and Shah Rukh Khan. The song from 2004-starrer "'Veer Zara" is set in a "pind" or village of Punjab giving it a more realistic feel.

High on energy, with Pakistani Zara singing and dancing with Indian Veer, a group of dancers is also seen performing the traditional Punjabi folk dances - Bhangra and Gidda - around the holy bonfire, portraying the ideal celebration of the winter harvest. Although the lyrics of the song begin with a bitter-sweet love banter between Hema Malini and Amitabh Bachchan, it switches quickly and efficiently to the original theme of Lohri.

"Charha De Rang" from Dharmendra's "Yamla Pagla Deewana" is yet another Lohri number set in Punjab featuring the Deol brothers, who just steal the show with their performances. The song fits well into the plot where Bobby Deol finds ways to mingle with his love interest.
While the lyrics of the song speak little about Lohri, the traditional dance of the star cast around the bonfire makes it relevant to the festival. A dab of the warmth of love in the cold winter month!

The foot-tapping number with Vishal Bhardwaj lending music to Gulzar's lyrics is a Lohri anthem. Set in the backdrop of Punjab militancy that ripped through the state in late 80s and early 90s, the song from Maachis portrays the softer side of militants, in the snow-capped Himalayas away from farms and fields of homeland, yearning for their beloveds.

This song from Ajay Devgn's "Son Of Sardar" which is also set in Punjab, celebrates Lohri but also diverts from the festival to the internal issues of the characters of the film. While on one hand, Ajay Devgn is busy flirting and trying to win over Sonakshi Sinha, Sanjay Dutt and his family fight with him, given their family rivalry. The aesthetics of the background and a huge gathering though makes it look just like a proper Lohri celebration in a village of Punjab.

The most recent Lohri song in Bollywood is "Laal Ghagra" from Kareena Kapoor and Akshay Kumar's major hit ''Good Newwz''. The song celebrates the first Lohri of a baby and portrays the festival as a reason to get together with the lead duo seen flying to Delhi from Mumbai for celebration.

The joyous festival is celebrated every year in January across Punjab and other parts of northern India. In Bollywood, it has been primarily used as the platform for the lead actors to bond, express love and celebrate the festival together.

1,000 Monuments To Be Under Private Sector In Monument Mitra Scheme