Happy Diwali: From Lord Ram's arrival in Ayodhya, to Lord Krishna;s killing of Narakasura, to Kali Puja in the eastern part of the country; many legends are linked to the 5-day Diwali festivities. 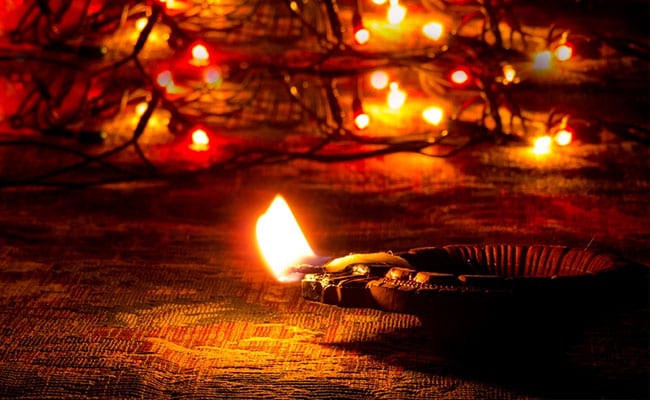 Diwali or Deepavali, which means "row or series of lights", is the festival of lights, celebrated across India and the world. The underlining theme of Diwali is victory of good over evil. There are many legends associated with Diwali which find mention in Treta Yuga, Dwapara Yuga and Padam Purana. From Lord Rama killing demon king Ravana and returning to Ayodhya to Kali Puja being performed in Bengal after Goddess Durga's fierce avatar Kali killed demon Mahishasura and Lord Krisha killed Narakasura who held thousands of girls in captivity. These myths are a reminder of the Hindu belief that good ultimately triumphs over evil.

Happy Diwali: Know all the stories in mythology that are linked to Diwali:

One of the popular tales is from Treta Yug. It is believed that Lord Rama, who is considered the avatar of Lord Vishnu, along with his wife Sita and brother Lakshmana, returned to his hometown Ayodhya after killing demon king Ravana. The three were on an exile period of 14 years. To welcome them, homes and streets of Ayodhya were lit with diyas as it was "amavasya" or dark night.

The second mention of Diwali is in the Dwapara Yug period. It is believed that Lord Vishnu as incarnation of Lord Krishna, killed the demon Narakasura, and released 16,000 girls from his captivity. Diwali was celebrated to mark victory of good over evil. A day before Diwali is remembered as Naraka Chaturdashi.

Naraka Chaturdashi is celebrated in northern India, parts of Assam and southern Tamil and Telugu communities.

Another popular legend from Vedic time of Padma Purana suggests that Goddess Lakshmi, the wife of Lord Vishnu, was born from "samudra manthan" or the churning of the cosmic ocean of milk by the devas (gods) and the asuras (demons). On Diwali night, Goddess Lakshmi married Lord Vishnu. Along with Goddess Lakshmi, Ganesha, the elephant-headed son of Parvati and Lord Shiva, is also remembered. Lord Ganesha is considered the remover of obstacles. He is also worshipped on this day.

In the eastern part of the country, especially in Bengal, the day is associated with Goddess Durga's fierce avataar, Kali, and is celebrated as Kali Puja. Devotees fast till mighnight and Ma Kali is worshipped on this day.

Business families, trade and merchant families, worship Goddess Saraswati and Kubera. While Kubera symbolises wealth management and book-keeping, Goddess Saraswati embodies music and literature. This is mostly followed in parts of Gujarat where Diwali marks the beginning of a new year.