"Hanuman Was A Dalit, He Had To Face Humiliation": BJP Lawmaker

Bahraich BJP parliamentarian Savitri Bai Phule said Lord Hanuman was a Dalit, amid a controversy over a statement by UP Chief Minister Yogi Adityanath 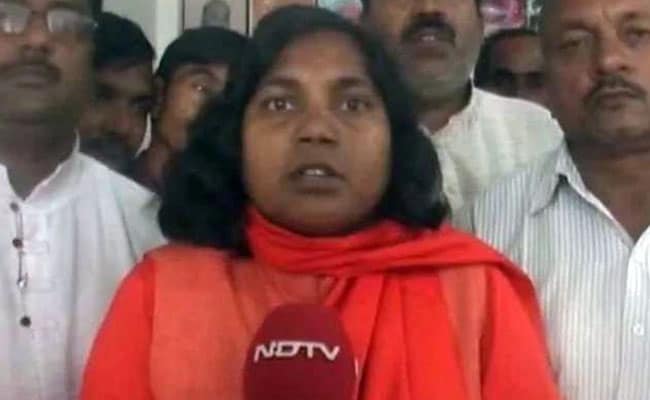 A BJP parliamentarian today said Lord Hanuman was "a Dalit and a slave of manuwadi people (feudalists)", amid a controversy over a statement by Uttar Pradesh Chief Minister Yogi Adityanath's remarks on the Hindu god during a rally in Rajasthan.

"Lord Hanuman was a Dalit and a slave of manuwadi people. He was a Dalit and a human. He did all for Lord Ram, then why he was given a tail and his face was blackened? Why was he made a monkey?" Bahraich BJP parliamentarian Savitri Bai Phule said today.

"When he did all for Lord Ram with devotion, he (Lord Hanuman) should have been made a human and not a bandar (monkey). At that time also he had to face humiliation due to being a Dalit. Why can't we Dalits be considered humans?" she told news agency PTI on phone.

During a rally at Rajasthan's Alwar last month, Mr Adityanath had said, "Bajrang Bali (Hanuman) is such a god that he is a forest-dweller, lives in the mountains. Dalits, deprived, he takes everyone along, from east to west, north to south, and unites them all." A group that calls itself the "Rajasthan Sarv Brahmin Mahasabha" has sent the saffron-wearing chief minister a legal notice accusing him of playing on Lord Hanuman's caste for votes in Rajasthan, which will vote on December 7.

When asked about the Ram temple issue, which is pending in the Supreme Court, Ms Phule said the BJP is raking up the matter as it has no other issues to discuss in an election year. "The country does not need a temple. Will it (Ram temple) end unemployment and other problems of Dalits?" she said.

Ms Phule had earlier raised questions on BJP leaders dining at the homes of Dalits and had termed the founder of Pakistan Muhammad Ali Jinnah, "a mahapurush" (great personality), causing embarrassment to her party.

When asked to comment on Ms Phule's remarks, BJP spokesman Chandra Mohan said, "It seems she didn't have much knowledge of Indian tradition."