When the village sarpanch, who is among those charged, and some other prominent residents learnt that the Dalit groom will ride a horse during his wedding procession, they called his father and asked him to drop the idea or face consequences. 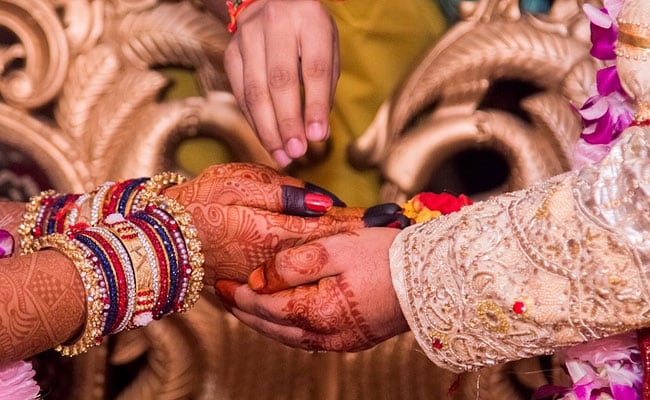 A Dalit bridegroom was stopped from riding a horse and his wedding procession was pelted with stones in Gujarat's Banaskantha district, leading the police to file a case against 28 people, including a village sarpanch (gram panchayat head), officials said on Tuesday.

One person was injured in stone pelting.

While the incident took place at Mota village under Palanpur taluka of the district on Monday, an FIR for unlawful assembly (IPC section 143), criminal intimidation (506) and under various sections of the SC/ST (Prevention of Atrocities) Act was registered at the Gadh police station a day later, said deputy superintendent of police Kushal Oza.

"When the wedding procession was passing through the village, some unknown persons hurled two to three stones, injuring one of the relatives of the groom. We have registered an FIR and handed over the probe to the DySP of SC/ST cell," said Oza, adding no one has been arrested yet.

The FIR was registered on the basis of a complaint submitted by one Virabhai Sekhalia, who had planned his younger son Atul's marriage on February 7 with a girl belonging to a nearby village.

However, when village sarpanch Bharatsinh Rajput, who is among those charged, and some other prominent residents of Mota learnt that Atul Sekhalia will ride a horse during his wedding procession, they called the bridegroom's father and asked him to drop the idea or face consequences, the police said, quoting from the complaint.

When the Sekhalia family remained firm on the decision, the sarpanch called a meeting of villagers on Sunday.

In the meeting, Rajput and 27 others publicly told the groom's family that people from the SC community can not sit on a horse during marriage procession "because that has been the tradition since centuries", Sekhalia alleged in his complaint.

The accused persons threatened the family with dire consequences if their diktat was not followed, the complainant said.

To avoid any altercation over the issue, the Sekhalia family eventually dropped the idea of the groom riding a horse, but sought police protection to take out the wedding procession.

When the procession began under police protection and reached near a milk shop on Monday morning, some of the accused raised an objection over members of the marriage party wearing 'safas' (turbans), according to the complaint.

While some of the accused allegedly hurled casteist remarks, unidentified people threw stones at the procession, said the FIR.

With the help of police personnel, the procession quickly left for the bride's village and returned in the evening after completion of the marriage.