Four guides found an unclaimed purse when they went to the food court during lunch break. The purse contained Rs 70,000 cash, keys and other items, said the statement. 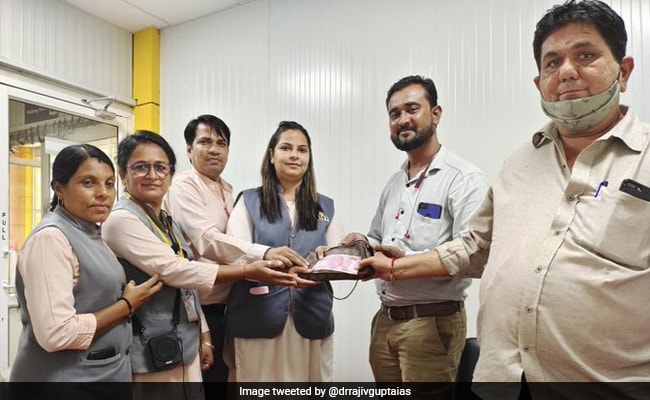 The purse contained Rs 70,000 cash, keys and other items, said the statement.

Four guides working at the Statue of Unity in Gujarat returned a purse containing Rs 70,000 cash to its rightful owner, an Uttar Pradesh-based woman, who forgot it at a food court during her visit to the statue in Gujarat a few days back.

Since the woman had already left for her native place in UP, officials at the Statue of Unity, situated near Kevadia in Narmada district, handed over the purse to her Gujarat-based relative on Wednesday after verifying details, the Statue of Unity Area Development and Tourism Governance Authority said in a statement.

The purse contained Rs 70,000 cash, keys and other items, said the statement.

Realising that it might be of a tourist, the guides immediately alerted senior official Pratik Mathur, who along with other staffers then began the task to trace the tourist using documents found inside the purse.

After calling some numbers, officials learnt that the purse belonged to Sneha Jalan, who visited the 182-meter-tall statue and other tourist attractions with her relatives on September 19 and then left for UP.

Since the woman could not come back to collect her purse, she urged the officials to give it to her relative based in Gujarat.

The purse was handed over to Ms Jalan's relative on Wednesday, said the statement.

Additional Chief Secretary Rajiv Kumar Gupta, who is also chairman of the Statue of Unity Area Development and Tourism Governance Authority, appreciated the guides for their honesty.