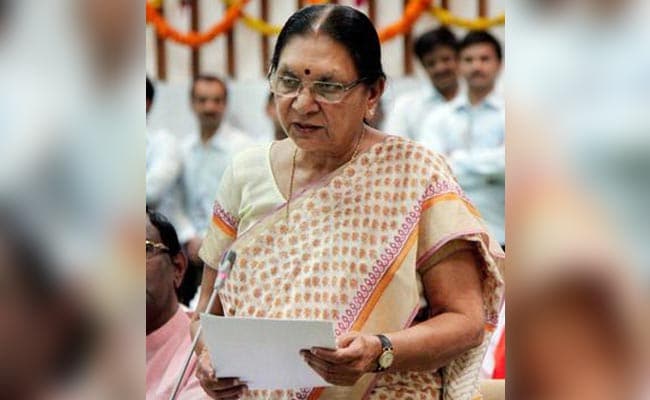 Ahmedabad: In the wake of violent protests across Gujarat by the Dalit community against the assault on fellow community members for allegedly killing a cow, Chief Minister Anandiben Patel will visit Una town in Gir-Somnath district today to meet the victims.

Meanwhile, the Congress on Tuesday met Governor OP Kohli and handed over a memorandum seeking a judicial probe into the incident.

"(The) Chief Minister will visit Una town tomorrow and meet the Dalit youths, who became victims of atrocities. She will also meet family members of these victims. She will be accompanied by Social Justice and Empowerment Minister Ramanlal Vora and Chief Secretary GR Aloria," an official release said.

The incident had come to light after a purported video showing some people, believed to be 'gau-rakshaks', publicly beating four partially-stripped Dalit young men at Una town of Gir-Somnath district on July 11, had gone viral.

The victims' contention was that they were just skinning a dead cow and had not killed it, whereas the accused alleged these young men were involved in cow slaughter.

The Chief Minister condemned the incident and appealed the people to maintain peace.

"It was indeed a despicable act, and no community can tolerate it. Local police was also at fault, as they did not acted swiftly. Apart from arresting the culprits, we have also suspended such policemen yesterday. State government will provide a compensation of Rs 4 lakhs to each of the victims," she said.

"I have asked the authorities to take strict action to see that such incidents do not happen again. I appeal people to control their anger and emotions. I appeal youths to stay away from violence. I also request youths not to take any extreme step," the Chief Minister said.

Earlier on Tuesday, Congress state unit chief Bharatsinh Solanki and Leader of Opposition in Assembly Shankersinh Vaghela, met Governor OP Kohli and handed over a memorandum on the issue.

"We informed the Governor the state machinery has completely failed in protecting Dalits. This was not the first incident, as such incidents are common under the BJP rule here. We want the entire probe to be done under a sitting high court judge," Mr Solanki said after meeting the Governor.