Can A Woman Be Forced To Name Father Of Child Born Out Of Wedlock, Asks Court

The judgeasked whether one should look for criminal angle into the case of a woman who does not want to disclose the identify of the father of the child she has given birth to without marriage even when she has not complained of rape. 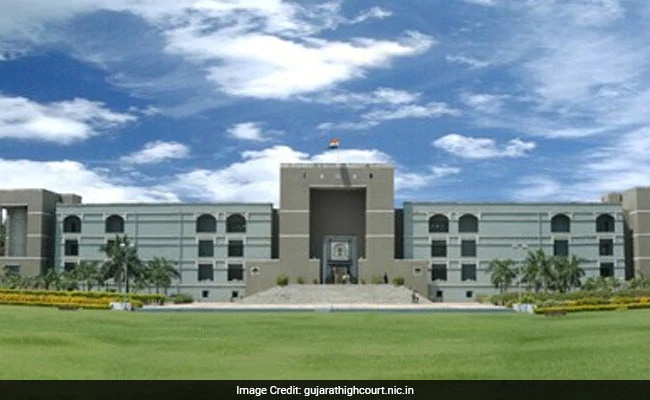 The judge wondered which legal provisions would be violated in such cases.

The Gujarat High Court has sought to know whether a woman is under any obligation to disclose the name of the father of her child that she conceived out of wedlock.

Justice Paresh Upadhyay also asked whether one should look for criminal angle into the case of a woman who does not want to disclose the identify of the father of the child she has given birth to without marriage even when she has not complained of rape.

The court made the observations on August 19 while hearing an appeal by a convict against a lower court order sentencing him to ten years of rigorous imprisonment for raping a minor under section 376 of the IPC and provisions of the Protection of Children from Sexual Offences Act (POCSO).

The victim, a resident of Junagadh, had given birth to two children of the convict with whom she lived without marriage, and neither she nor their father had disowned them or denied their paternity.

The victim had said she left her family on her own will and started living with the convict after which she gave birth to two children, first of whom was born when she was 16.

"She is a poor rural daughter. If some lady conceives a child and she is not married, and if she goes to hospital, whether the doctor would ask that you have conceived from whom? I don't want to reply. Is it required? Whether a lady is under obligation to disclose to the hospital whose child this is?" the court asked.

"If one goes to Ahmedabad, Delhi or some other metro to give birth to a child, would the doctor ask the name of her father? If she says, ''Sorry to say, I don't know.'' If she says that, I don't want to give that name. She is not complaining that she has been raped. Shall we be able to read criminality?" Justice Upadhyay observed while hearing the appeal.

The judge wondered which legal provisions would be violated in such cases.

"The pure question of law would be, if some lady conceives, and it is her call that ''I want to have a child but I don't want to marry''. Then which provisions would be violated if she takes this call?" the court asked.

"Without marriage, if somebody gives birth, with whom she is staying does not make a difference," the court further said, adding such an action is called ''modern'' in urban and large metros, while in rural areas, several sections may be slapped for those opting for this.

The judge noted there are several tribal communities where marriage is not a condition to give birth to a child. He said there is no illegality in giving birth to a child before 18.

The appellant was awarded rigorous imprisonment for 10 years by a court in Junagadh, which the HC had suspended during a previous hearing pendency outcome of the appeal.

The court had observed that the victim told the lower court that she had on her own walked out of home and started living with the appellant and with that relation gave birth to two children - the first baby was born on June 29, 2019, and the second on January 22, 2021.

She turned 18 on March 24, 2020. She was scheduled to marry the convict on March 25, but the marriage could not take place due to the coronavirus-induced lockdown.

Her father lodged a police complaint when she gave birth to her second child. Based on the complaint, the police had registered a case under under IPC section 376 (rape) and provisions of POCSO.