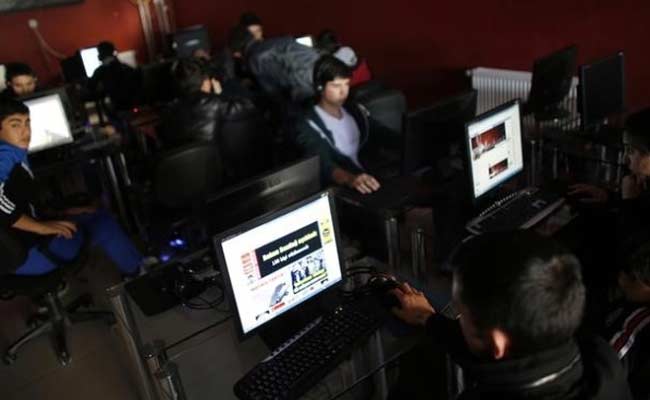 As many as 7.67 lakh aspirants will appear for clerk-level competitive examination. (File photo)

Ahmedabad: The Gujarat government on Thursday decided to suspend mobile Internet services for four hours on October 16 during the clerk-level competitive examination in a bid to prevent adoption of any unfair means by candidates but revoked the order hours later.

Earlier in the day, Gujarat Subordinate Service Selection Board (GSSSB) chairman Asit Vora had informed the media that district collectors have been asked to take steps to suspend mobile Internet services on October 16 to prevent adoption of unfair means by candidates sitting for the examination.

However, an official statement quoting Minister of State for Home Pradipsinh Jadeja later said, "The state Home department has decided not to ban mobile Internet service in connection with the subordinate service competitive examination on Sunday, October 16."

"Mobile Internet services will continue as usual across state," it added.

Promoted
Listen to the latest songs, only on JioSaavn.com
Mr Vora had earlier said, "On our request, district collectors have been asked to ban mobile Internet services between 10 AM and 2 PM on Sunday so that mobile phones are not used for unfair means during the written examination for the post of class IV non-Secretariat clerks and office assistants for cheating."

Ahmedabad in-charge collector AB Gor had also said that district administration has been asked to do the same if it is required to prevent malpractices during the examination. As many as 7.67 lakh aspirants will sit for the test at various centres located in district headquarters across Gujarat, for around 3,000 vacancies.