In a joint press conference, the two leaders said they have been summoned by the court to appear as witnesses in the case on October 6. 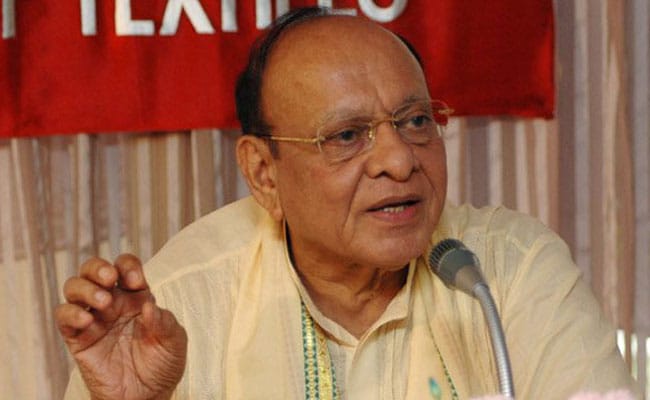 Senior Congress leader Arjun Modhwadia and former chief minister Shankersinh Vaghela on Tuesday said they have been issued summons by a court in Mehsana to appear as witnesses in a corruption case against former home minister and cooperative leader Vipul Chaudhary.

In a joint press conference, the two leaders said they have been summoned by the court to appear as witnesses in the case on October 6, Accusing the ruling Bharatiya Janata Party (BJP) of misusing the law for its own benefit, the leaders said they will counter the attempt made by the ruling party and hold a massive rally in Mehsana town.

Last month, the Gujarat Anti-Corruption Bureau (ACB) arrested Chaudhary in a case of alleged financial irregularities of nearly Rs 800 crore when he was the chairman of Dudhsagar Dairy.

Mr Modhwadia accused the ruling party of putting pressure on cooperative leaders to surrender before it or face consequences.

"It is the members' right to appoint their chairman, vice chairman or director of milk cooperatives...Chaudhary was not ready to surrender before the BJP, was not ready to accept its loyalty because of which he had to go to jail," Mr Modhwadia said.

Cooperatives belong to members and not the BJP, and its leaders should not interfere, else they will be shown the way, he said.

"Government lawyers are helping BJP leaders and the entire incident is politically motivated and action against Chaudhary is baseless," Mr Vaghela said.

The Mehsana ACB had booked Chaudhary and others in connection with alleged financial irregularities of nearly Rs 800 crore when he was chairman of Dudhsagar Dairy between 2005 and 2016.

As the then chairman of Dudhsagar Dairy, Chaudhary had also allegedly indulged in money laundering by depositing the proceeds of the crime into bank accounts of 31 companies created for that specific purpose.