The ambitious project entailing the total cost of around Rs 1.10 lakh crore is being executed with the loan provided by Japan. 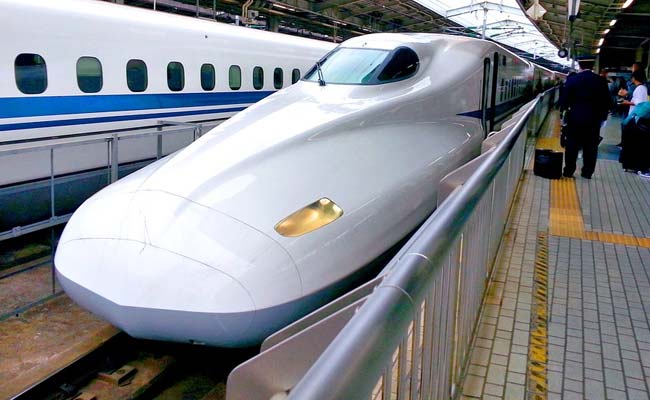 Congress and other parties have been opposing the project (Representational)

The Congress on Thursday accused the BJP-led state government of utilising taxpayers' money from Maharashtra to ensure progress of Gujarat through the proposed bullet train project.

"Instead of Gujarat taking 2/3rd share and Maharashtra 1/3rd share of the total expenditure, we are bearing 50 per cent of the cost (of the bullet train project). This means Gujarat's development is taking place with the money of tax payers from Maharashtra. Is this called as the Gujarat model?" the MLC asked.

The ambitious project entailing the total cost of around Rs 1.10 lakh crore is being executed with the loan provided by Japan.

The first bullet train is expected to become operational by 2023.

The Congress and other parties have been opposing the project, terming it as waste of the public money.

The Congress leader cited a survey to question the "exorbitant" cost of the bullet train project.

"According to a survey, there is 35 per cent vacancy of seats on the existing mode of transport between Mumbai and Ahmedabad," he said.

Mr Gadgil said, "the project cost comes around Rs 250 crore per km while the maintenance cost is Rs 45 lakh per km.

To make the project feasible, at least one lakh passengers should use the train per year".

He said Maharashtra would lose 75,000 hectares of land for the project.

He attacked the state government over its ambitious Samruddhi corridor project which envisages construction of a 700-km long highway connecting Mumbai with Nagpur.

"Maharashtra is reeling under a huge debt, and has already availed an overdraft of Rs 350 crore. How will this project worth Rs 45,000 crore be funded?" he questioned.

Mr Gadgil said the farmers are being pressurised by the government to part with their land for both the projects.

"The committee appointed to finalise the draft of the DP took almost one year to work on it. A total of 75,000 suggestions and objections were received from various quarters. I was shocked to know that the CM cleared the DP within an hour of the draft being submitted to him," he claimed.