Geeta Dharmik had tested positive for the infection during the second wave of the pandemic, with her husband saying he lost hope for her recovery for as many as nine times during the 202-day hospitalisation period. 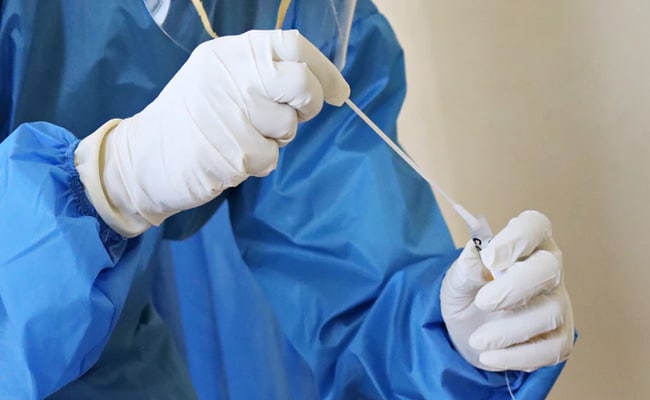 The 45-year-old woman tested positive for coronavirus on May 1 this year. (Representational)

A 45-year-old woman, who had tested positive for coronavirus on May 1 this year, was discharged from a medical facility in Gujarat's Dahod city, after 202 days of hospitalisation, her family members said today.

Geeta Dharmik, whose husband is a railway employee at Dahod, had tested positive for the infection during the second wave of the pandemic on her return from Bhopal, they said.

She had to be hospitalised for a total of 202 days before the doctors at Dahod railway hospital decided to discharge her after her recovery, they said.

"The family members were overjoyed to receive her home on her discharge from Dahod railway hospital on Friday. She remained hospitalised at Dahod and Vadodara for a total of 202 days, during which she was kept on ventilator and oxygen support," her husband Trilok Dharmik, an engineer with the Railways, said.

He said he had lost hope for her recovery for as many as nine times during this period, but she bounced back every time and was finally discharged.

"We had gone to Bhopal on April 23 after my father-in-law died of a heart attack. After returning to Dahod on April 25, my wife had shown symptoms of coronavirus and on May 1, she tested positive. When her oxygen level went down and fever increased, she was admitted to the railway hospital in Dahod on the night of May 1 as her condition deteriorated," he added.

From May 6, her condition deteriorated further and oxygen support was required for her. She was shifted to a private hospital in Vadodara from May 7 till May 23, he said.

After consulting doctors at Dahod, her husband decided to shift her back to Dahod hospital, where she was brought on May 24. At Dahod hospital, she remained on a ventilator for around two months, and on BiPAP for another one month.

"We had lost hope for her recovery. For at least nine times during this period, it occurred to us that she would not survive. At one point, the doctors even said she will need a lung transplant," he said.

However, she continued to recover through medication and oxygen therapy. Slowly, her health started improving and doctors decided to discharge her, said Dharmik.

"While she still requires some amount of oxygen, her other reports are normal. Her other organs are fine. She has been brought back home after 202 days in the hospital," he said.