Gujarat Assembly Election Dates To Be Announced At 1 pm: 10 Points

Gujarat assembly election 2017 dates are being announced a day after the BJP government in the state announced a series of sops for different sections of the society, including farmers, protesting accredited health workers and backward castes. 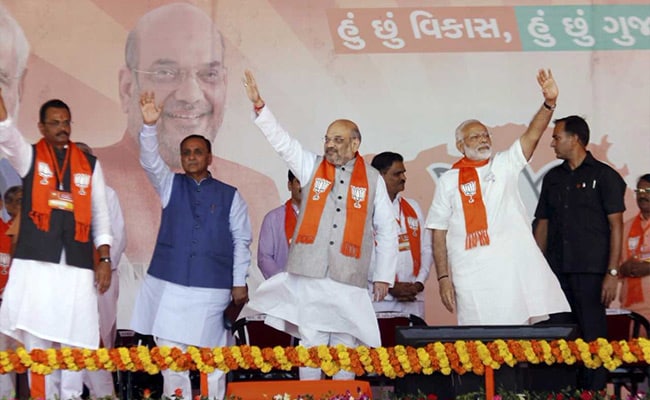 Gujarat Election 2017: The election to the 182-seat assembly is a battle of prestige for the BJP.

New Delhi: Dates for the Gujarat assembly elections will be declared by the Election Commission at 1 pm today, preventing the government from announcing more sops for the state where the BJP is seeking a record fifth straight term in power. The announcement comes 13 days after the voting date for Himachal Pradesh was declared, prompting the opposition Congress to accuse the election body of giving the ruling BJP a grace period to make last-minute announcements and launch massive projects to influence voters, a charge that both the Election Commission and the ruling party have rejected.

Here is your 10-point cheat-sheet to the Gujarat assembly election dates: