GST Helpline: Where You Can Get Answers To Your Questions

Traders, businessmen, manufacturers and suppliers alike are studying the tax implications under the new GST regime. 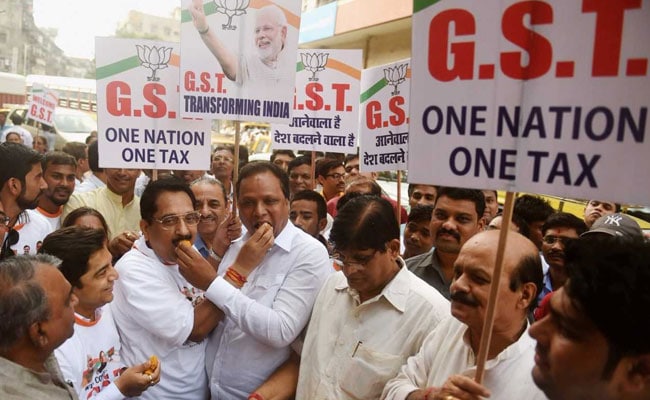 GST embodies the principle of "one nation, one tax, one market"

GST or Goods and Services Tax finally saw the light of the day, with the new tax system launched at a function in Central Hall of Parliament on Friday midnight. GST, which embodies the principle of "one nation, one tax, one market" is aimed at unifying the country's $2 trillion economy and 1.3 billion people into a common market. In the run-up to the much-awaited launch of GST, various departments had come out with various publications guidelines in their bid to simplify a transition into the new indirect taxation system.

While traders, businessmen, manufacturers and suppliers alike are studying the tax implications under the new GST regime, the Central Board of Excise and Customs (CBEC) has come out with a list of common use items that will attract lower taxes from July 1 compared to pre-GST tax incidence. In its list, the CBEC mentioned six items - wheat, rice, unbranded flour, curd/lassi/butter milk, unbranded natural honey and children's picture/drawing/colouring books - where tax incidence has come down to zero per cent compared with pre-GST tax incidence.

Here are some of the efforts made by authorities towards a seamless migration into GST:

In a bid to address a wide variety of frequently asked questions by industry, the Central Board of Excise and Customs has touched a variety of topics from GST registration to input tax credit to excise credit to point of tax to Special Economic Zones.

Besides, in the digital world today, the CBEC has opened many lines of communication for addressal of GST-related queries.

Promoted
Listen to the latest songs, only on JioSaavn.com
GSTN or GST Network, in partnership with tech majors Infosys and Tech Mahindra, has set up two dedicated call centres to support taxpayers and tax officials with regard to this transition.

One helpline - 0120-4888999 - is for taxpayers while another - 0124-4479900 - provides support to tax officials, according to GSTN, a special purpose vehicle set up primarily to provide IT infrastructure and services for GST implementation.