The NGT committee's report not only mentioned that the coal mining lobby has been thriving, but the Meghalaya government was also aware of illegal coal mining in East Jaintia Hills

Meghalaya mine: Rescuers have been pumping out water from the mine for safe diving operations

The Meghalaya government has landed in hot water after a three-member committee formed by the National Green Tribunal found that coal mining has been going on in the state despite a ban since 2014. The NGT has already told the Conrad Sangma government to pay Rs 100 crore for not effectively enforcing the ban on coal mining.

The three-member committee submitted their final report to the NGT last month, days after 15 miners disappeared inside a rat-hole mine in the state's East Jaintia Hills. The miners are now feared dead.

The report not only mentioned that the coal mining lobby has been thriving, but the Meghalaya government was also aware of illegal coal mining in East Jaintia Hills.

"While I didn't get the NGT order as yet and would not be able to comment on the order, but when we visited (the sites) with government officials, we saw coal mining going on. We went to East Jaintia Hills and noticed freshly mined coal," Justice BP Katakey, who heads the three-member probe panel, told NDTV. 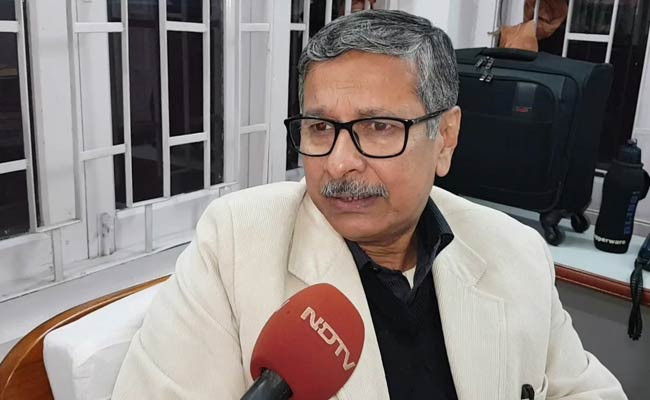 "The DC of East Jaintia Hills had sent us the report on illegal mining months before the tragic mishap, so it's obvious what was happening," he said.

The three-member committee's report comes at a time when the Supreme Court ordered the Sangma government to do everything it can to bring out the trapped miners "alive or dead".

Activists say the powerful coal mafia is taking advantage of a concession the NGT made of allowing old coal already extracted before 2014 to be transported.

On Sunday, rescue operations entered the 25th day at the rat-hole mine as personnel of the NDRF, Odisha Fire Service, Coal India Ltd and Kirloskar Brothers Ltd continued to pump out water from the mine. The Kirloskar team installed submersible pumps at the main shaft where the miners are believed to be trapped.

Water level at a nearby shaft also receded as the OFS pumped out 10 lakh litres. Coal India's pumps are also working at full capacity.

Navy and NDRF divers are waiting for the water level to fall to 100 feet from 160 feet for safe diving operations.