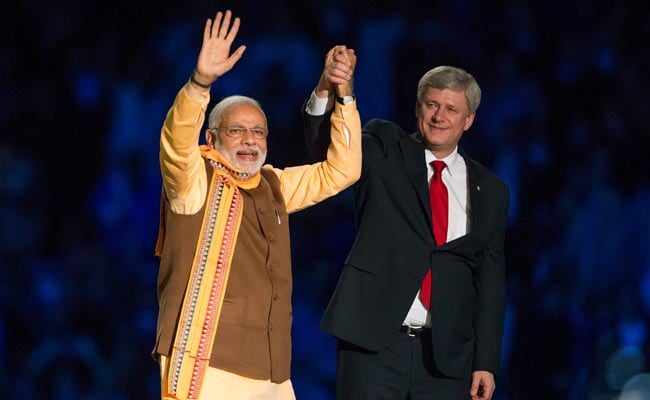 Addressing a large audience in Toronto on Wednesday, Prime Minister Narendra Modi announced that Canadians visiting India would get a 10-year visa.

"You probably face problems but won't speak about it. We have decided...you will now get Indian visas for 10 years," PM Modi said to a 8,000-strong gathering of the Indian diaspora at the Ricoh Coliseum.

"Agar Jan-Man badal raha hai, toh bharosa bhi hona chahiye (If the ethos is changing, then there should also be trust)," he said to loud cheers.

In a one-hour speech punctuated with applause and chants of "Modi, Modi" from the audience, the prime minister also recalled that at a time he was denied a visa by the US and the UK - over the 2002 riots on his watch in Gujarat, the state he ruled for 14 years - it was Canada that granted him a visa in 2006.

"That is why I am very, very grateful to Canada," he said.

Promoted
Listen to the latest songs, only on JioSaavn.com
He said India's visa policy would support greater engagement and people-to-people contacts between India and Canada.

PM Modi is the first prime minister on a bilateral visit to Canada in 42 years.