Govind Singh Dotasra said he thanked Sonia Gandhi and Rahul Gandhi for giving the responsibility to a "small worker who comes from a farmer's family." 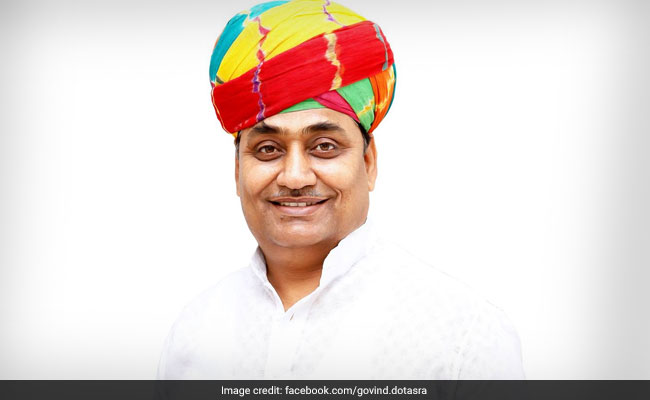 Govind Singh Dotasra today formally took over as the new chief of the Rajasthan Congress. "I would like to thank Sonia Gandhi and Rahul Gandhi for giving the responsibility to a small worker like me who comes from a farmer's family," the newly-appointed state Congress chief said.

Mr Dotasra thanked the people of his constituency, Laxmangarh, and said he would live up to the expectations of farmers, dalits and youth.  He would work to bring the Congress to power again in the 2023 state polls, he said.

Addressing the party workers, Chief Minister Ashok Gehlot said, Mr Dotasra had played his role well as a member of the assembly and deputy chief whip when the party was in opposition. He said people are well-versed with the working style of Mr Dotasra and a positive message has gone to the block level with his appointment.

All India Congress Committee general secretary and Rajasthan in-charge Avinash Pande said the appointment has come at a time when the political situation in the state is not good and the entire country is looking at what is happening in Rajasthan. He said people are also looking at the role of the Governor in the present crisis. Mr Pande said the new state Congress chief who is also the Rajasthan education minister "knows the work."