COVID Strain in India: Rahul Gandhi said COVID-19 is "not over yet" even as the country sees a sharp drop in infections. 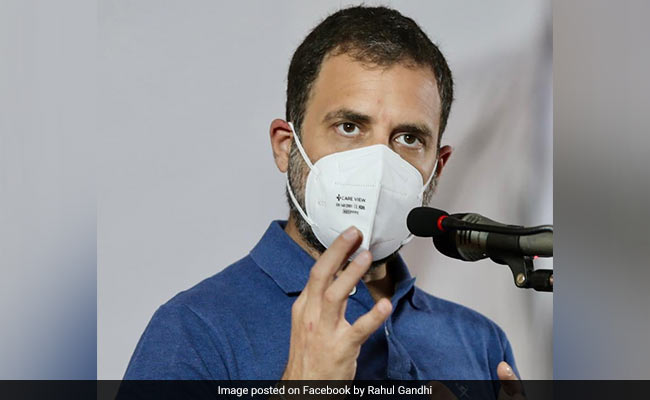 COVID-19 Strain in India: Rahul Gandhi said on Twitter that the pandemic is not over yet (File)

The government is being "grossly negligent" and "overconfident" about the coronavirus pandemic in the country, Congress leader Rahul Gandhi said today continuing his attacks on the centre on Twitter.

Sharing a clipping of a news report that said the South African and Brazilian variant of the virus has entered India, the 50-year-old MP said COVID-19 is "not over yet" even as the country sees a sharp drop in infections.

Most restrictions that came into force during the lockdown are also being lifted in phases as cases dip.

GOI is being grossly negligent and over confident about Covid-19.

It's not over yet. pic.twitter.com/W3FcSkS2JD

A few cases of the more infectious South African and Brazilian strains of the coronavirus have been detected in India, the government said on Tuesday and added that people flying in from those countries may be tested more aggressively. Five infected people have been quarantined.

The UK strain of the virus which was more contagious has also made its way into India with 187 reported cases in the country.

According to the World Health Organisation (WHO), the new strains are more contagious and spread faster, and vaccines could be less effective on these patients, although there is no proof.

All three strains have gone through changes to their spike protein, or the part of the virus which attaches to human cells, and they seem to be better at infecting cells, according to scientists.

The South African and Brazilian strains can more easily infect a person's lungs than the UK mutation, scientists say.

The Indian Council of Medical Research (ICMR) chief Balram Bhargava said existing vaccines have the potential to neutralise the UK variant and experiments are on to assess the effectiveness of the vaccines against the South African and Brazilian variants.

This comes after South Africa asked the Serum Institute of India to take back the one million COVID-19 vaccine doses the company had sent in early February, The Economic Times reported on Tuesday, a week after the country said it will put on hold use of AstraZeneca's shot in its vaccination program.

India recorded 11,610 fresh coronavirus cases today taking the total infections to 1.09 crore. Just a few states like Maharashtra and Kerala have been battling a spike - other states have been reporting fewer cases and deaths for the past many weeks.