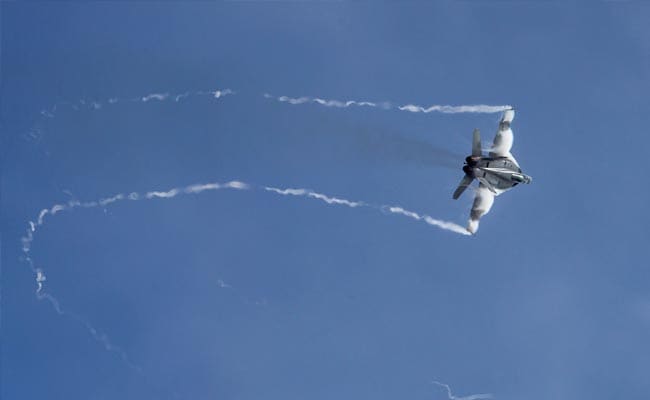 Indian Air Force and Navy require as many as 400 single- and double-engine combat aircraft.

India moved a step closer to inviting bids for the purchase of 114 fighter jets, currently the world's largest deal in play, as Prime Minister Narendra Modi seeks to boost the capability of the country's armed forces and replace an aging combat aircraft fleet.

The deal -- valued at more than $15 billion -- has attracted initial offers from global defense majors, including Boeing Co., Lockheed Martin Corp. and Sweden's Saab AB. At least 85% of production has to be in India, according to an initial document issued more than a year back.

Modernizing the country's defense forces is critical for PM Modi, who hardly signed any new major arms deals during his first term, even as twin threats from neighboring China and Pakistan loomed. A Pakistani F-16 jet downed an aging Soviet-era MiG 21 -- Indian Air Force's mainstay -- in a dogfight during a military confrontation earlier this year.

The evaluation of initial bids and finalizing the Air Forces' requirements has begun, junior Defense minister Shripad Naik told lawmakers in parliament. The government is also drafting initial documents to purchase tanks and armored vehicles, as well as asking foreign shipbuilders to show interest to manufacture submarines in India, he said.

Mr Naik's comments came two days after India sought bids for purchasing warships and support vessels for its navy and coast guard as it ramps up security of its maritime border in the Indian Ocean region. The government on Monday asked seven shipyards to submit proposals for the construction of six missile warships and other smaller vessels worth 150 billion rupees ($2.2 billion), the Ministry of Defence said in a statement.

The Indian Air Force and Navy require as many as 400 single- and double-engine combat aircraft, according to the government.

Boeing is partnering with state-run Hindustan Aeronautics Ltd. and Mahindra Defence Systems Ltd. for the fighter jet deal offering its F/A-18. Lockheed will jointly bid with salt-to-software conglomerate Tata Group for its F-21 jets, and Saab teamed with billionaire Gautam Adani to offer its Gripen jets.

After scrapping an order with Dassault Aviation for 126 Rafale jets worth $11 billion in 2015 -- a process that took nearly a decade - the government bought 36 jets separately. Under the new tender, the winner will have to deliver the first jet within three years of securing the contract.