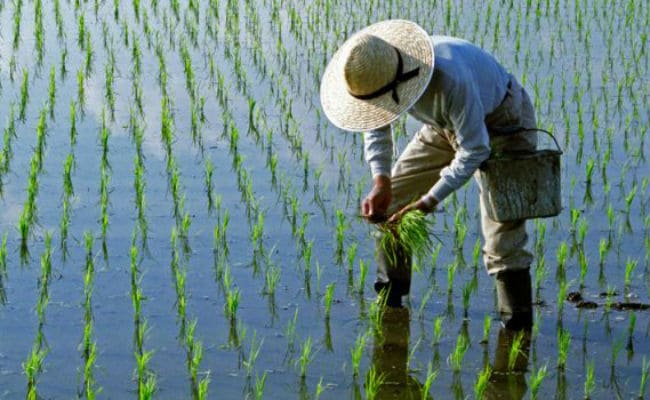 Rural financial institutes have been asked to follow the new rule from this kharif season. (File photo)

New Delhi: The government has made Aadhaar mandatory for availing crop insurance policies from the upcoming kharif sowing season. The Agriculture Ministry has issued a directive to rural financial institutes to comply with the new rule from this summer, starting April 1.

In the same notification the government has clarified that till the time Aadhaar is assigned to an individual, crop insurance under any of the government-run schemes, Pradhan Mantri Fasal Bima Yojana (PMFBY) and Restructured Weather-based Crop Insurance (RWBCI), may be availed by farmers by furnishing documents such as bank passbook, Aadhaar enrolment ID slip, voter ID and Mahatma Gandhi National Rural Employment Guarantee Act (MGNREGA) job card.

"The government has notified that farmers availing crop insurance schemes administered/implemented by the Department of Agriculture from kharif 2017 are hereby required to undergo Aadhaar authentication or furnish proof of possession of Aadhaar," read the directive.

The banks have been asked to persuade farmers to furnish Aadhaar at the time of sanction, renewal, disbursement and inspection of the loan or on visit at bank branches, it said.  Farmers who are yet to enroll for Aadhaar should get one. The state governments will have to arrange or offer enrolment facilities for beneficiaries.

Farmers can also furnish driving licence along with a copy of request made for Aaadhar. But these documents will be verified by designated state government officials, the notification added.