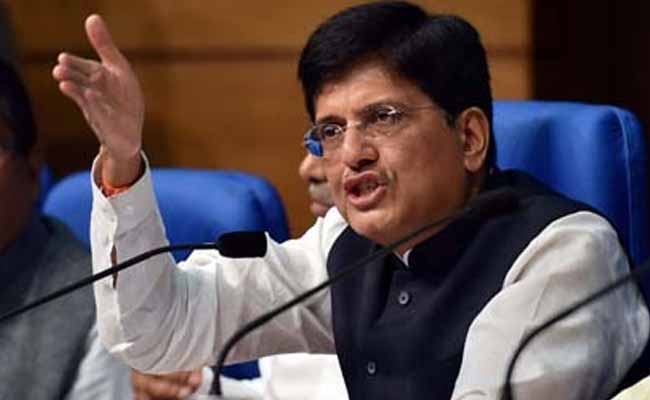 By 2019, the power ministry is expecting almost 30 per cent savings in energy consumed by irrigation pumps. (File photo)

Ministry claims it will help the country save close to Rs 20,000 crore annually on agricultural subsidies of the total Rs 65,000 crores spent annually.

A senior official in the power ministry said, "The water pumps will come enabled with a smart control panel and even a SIM card. The old ones will soon be phased out- replaced by pumps which will give farmers the flexibility to switch-on and switch-off these from their mobile phones. "

Focus of phase one is on 20 lakh agricultural pumps built with an outdated technology. "World over technology has moved to another dimension. These old pumps are fuel guzzlers. These are connected to power girds and the government has a near accurate data on them," an official at Power Grid Corporation of India told NDTV.

"The outdated pumps consume 170 billion units of electricity every year. Their frequent breakdowns causes inconvenience to farmers," the official said.

The phase two of the upgradation plan will involve another 10 million pumps, which operate on diesel or other fuels.

The government plans to bring in a new efficiency regime in the irrigation sector in the next 3-4 years.

By 2019, the power ministry is expecting almost 30 per cent savings in energy consumed by irrigation pumps.

For over 18 months, the ministry has been working on quality specifications of these pumps to make them economically viable.

The key element of the project piloted by the Energy Efficiency Services Limited (EESL) is that farmers do not pay anything for these Smart Pumps.

Since these pumps will come with a five-year warranty, farmer will not have to spend anything for maintenance during the warranty period.

"Our estimate is that once new pumps replace old ones nearly 50 billion units of energy every year will be free to be diverted to other needs," an official at the prime minister's office told NDTV.

The power minister will also launch a scheme for homes and commercial establishments to provide 5-star rated energy efficient, 50 watts ceiling fans. Mr Goel told NDTV: "The fans will cost half the normal fan available in the market today. They will be made available even with a monthly installment option as low as Rs 60 for two years."

"The pumps and fans are the step next after the government's mass distribution of efficient led lamps," Mr Goel said.