The opening up of commercial coal mining for private sector is the most ambitious coal sector reform since the nationalisation of this sector, Coal and Railway Minister Piyush Goyal said. 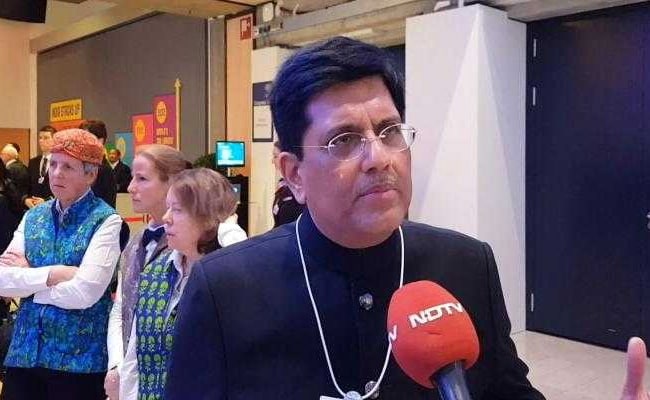 Big, medium as well as small mines would be offered to private companies for mining

New Delhi, India: In a major reform in the coal sector since its nationalisation in 1973, the government today allowed private companies to mine the fossil fuel for commercial use, ending the monopoly of state-owned Coal India Ltd (CIL).

The opening up of commercial coal mining for private sector is the most ambitious coal sector reform since the nationalisation of this sector, Coal and Railway Minister Piyush Goyal said while briefing the media on the decision taken in the Cabinet meeting.

Currently, private sector is allowed coal mining for captive use only.

The reform, Mr Goyal said, is likely to bring efficiency into the coal sector by moving away from the era of monopoly (of CIL) to competition and lower power tariffs. He said the move will lead to higher investments and create lakhs of direct and indirect jobs.

"It will increase competitiveness and allow the use of best possible technology into the sector. The higher investment will create direct and indirect employment in coal bearing areas especially in mining sector and will have an impact on economic development of these regions," the minister said.

The decision was taken by the the Cabinet Committee on Economic Affairs (CCEA) under the Chairmanship of Prime Minister Narendra Modi.

The CCEA has approved the methodology for auction of coal mines/blocks for sale of coal under the Coal Mines (Special Provisions) Act, 2015 and the Mines and Minerals (Development and Regulation) Act, 1957, the coal ministry said in a statement.

Following nationalisation, only state-owned CIL was allowed to sell coal.

The minister said big, medium as well as small mines would be offered to private companies for mining.

Opening up the sector will also lead to energy security through assured coal supply, accountable allocation and affordability, he added.

The methodology gives highest priority to transparency, ease of doing business and ensures that natural resources are used for national development, the statement said.

"The auction will be an ascending forward auction whereby the bid parameter will be the price offer in Rs/tonne which will be paid to the State Government on the actual production of coal. There shall be no restriction on the sale and/or utilisation of coal from the coal mine," it said.

The move will lead to energy security as 70 per cent of country's electricity is generated from thermal power plants, the statement said, adding that this reform will ensure assured coal supply, accountable allocation of coal and affordable coal leading to affordable power prices for consumers.

"As the entire revenue from the auction of coal mines for sale of coal would accrue to the coal bearing States, this methodology shall incentivise them with increased revenues which can be utilised for the growth and development of backward areas and their inhabitants including tribals," the statement said, adding that the Eastern states will be especially benefited.

Mr Goyal said the move will help ramp up domestic production and reduce dependence on imports, which in turn will save the country precious foreign exchange.

The move will also help in bringing down power tariffs, he said.

West Bengal, Odisha, Jharkhand, Chhattisgarh, and Madhya Pradesh are the major coal bearing sates. India is believed to have reserves of 300 billion tonne.

When asked how the move would impact Coal India, Mr Goyal said competition would help the state-owned miner.

The Supreme Court had in September, 2014 cancelled 204 coal mines allocated to the different Government and private companies since 1993 under the provisions of Coal Mines (Nationalisation) Act, 1973.

Promoted
Listen to the latest songs, only on JioSaavn.com
To bring transparency and accountability, the Coal Mines (Special Provisions) Bill 2015 was passed by the Parliament which was notified as an Act in March, 2015. Enabling provisions have been made in the Coal Mines (Special Provisions) Act, 2015 for allocation of coal mines by way of auction and allotment for the sale of coal.

CIL currently accounts for over 80 per cent of domestic coal output.