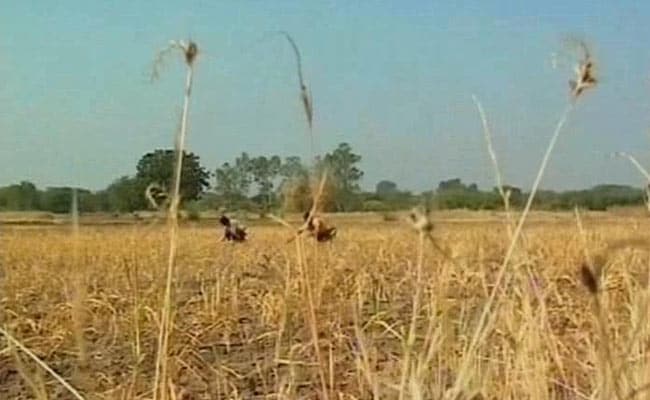 New Delhi: The government today announced a relief package of Rs 300 crore to provide diesel and seed subsidy, among others, in order to save standing kharif crops in the eventuality of drought and deficit rainfall.

"Immediate remedial measures are to be initiated to save standing agricultural crops and perennial orchards... measures to be initiated by state governments in the eventuality of drought deficit rainfall situation," the release said.

The government approved Rs 100 crore for implementing the diesel subsidy scheme for protective irrigation of crops.

Under the scheme, 50 per cent diesel subsidy would be given to farmers to supplement irrigation to protect standing kharif crops in areas where rainfall deficit is more than 50 per cent as on July 15, sources said.

The CCEA has also enhanced the ceiling on seed subsidy to partially re-compensate farmers for the additional expenditure incurred in resowing and purchasing appropriate varieties of seeds.

The CCEA also made an additional allocation of Rs 150 crore under the Mission for Integrated Development of Horticulture to implement drought mitigating interventions on perennial horticulture crops.

The government has also approved an allocation of Rs 50 crore for Accelerated Fodder Development Programme in states which are facing fodder shortages.

The Agriculture Ministry's proposal has been approved for initiating a series of farmer-friendly interventions in the wake of deficient rainfall as per IMD forecast of below average monsoon. This will help in dealing with challenges posed by delayed and aberrant monsoon, it added.

The measures will help farmers in rain deficit areas of Marathwada region in Maharashtra, Rayalseema in Andhra Pradesh, north-interior parts of Karnataka as well as Bihar and Eastern Uttar Pradesh.