Shivanand Tiwary said it is "high time" that PM Modi gave up his "penchant for inventing historical events". 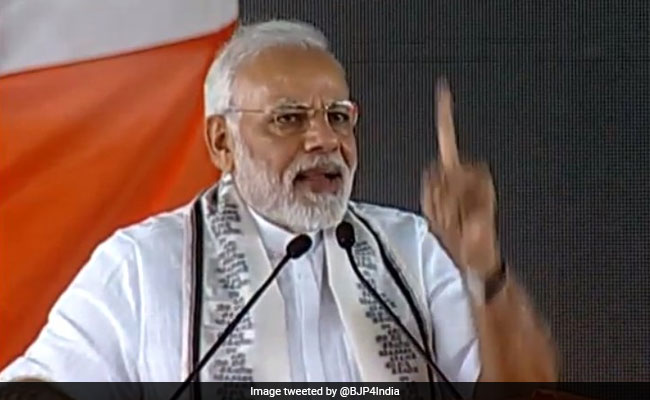 A senior leader from Lalu Yadav's RJD today criticized Prime Minister Narendra Modi for having reportedly said at a function held in the memory of Sant Kabir that the medieval era mystic-poet "sat together" with Guru Nanak and Sant Gorakhnath though they were not contemporaries.

"In a video of PM Modi's speech at Maghar in Uttar Pradesh, where he attended a function held in the memory of Kabir yesterday, he can be clearly heard saying this is the very place where Sant Kabir, Guru Nanak Dev and Sant Gorakhnath sat together and held discussions on spirituality," RJD leader Shivanand Tiwary told Press Trust of India.

"The prime minister should enlighten us as to how that could be possible. Gorakhnath was born in the 11th century, at least four centuries before the birth of Sant Kabir. Guru Nanak was younger than Kabir by a few decades ... And their meeting is neither a historical fact nor a generally held belief," he said.

Mr Tiwary said it is "high time" that PM Modi gave up his "penchant for inventing historical events".

"Given his stature now, he (PM Modi) should realize that such goof-ups on his part are an embarrassment to the entire country. If he feels such a strong urge to delve into history during his speeches, he should at least get the facts checked," the RJD leader said.

It would be better if the prime minister worked on his promises, which were turning out to be "empty talk".

"PM Modi had claimed that demonetization would flush out black money and deprive Naxals and terrorists of their funding. Naxalism and terrorism continue unabated, while the sharp rise in deposits in Swiss Bank from India indicate that there has been no curb on black money either," Mr Tiwary alleged.

"The facts would soon come out," he said.