Security personnel found the bird near the reception area of the PM House at 7 Lok Kalyan Marg on Friday, a statement from the NGO, Wildlife SOS, said. 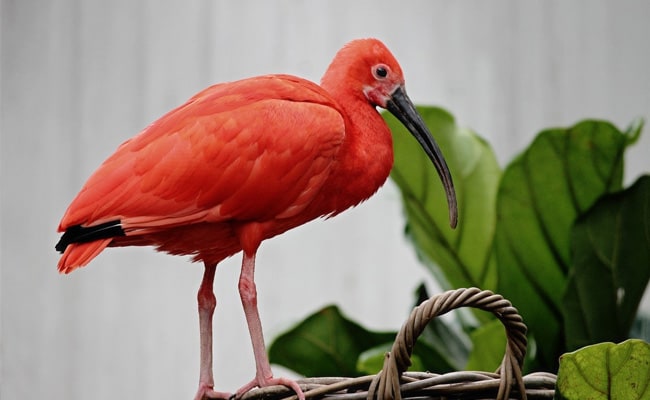 The bird was given oral rehydration solution and it is currently under observation. (Representational)

A Glossy Ibis bird was rescued from Prime Minister Narendra Modi's residence after it collapsed due to severe heat exhaustion and dehydration, a non-profit wildlife organisation said on Saturday.

Security personnel found the bird near the reception area of the PM House at 7 Lok Kalyan Marg on Friday, a statement from the NGO, Wildlife SOS, said.

The Glossy Ibis is a wading bird belonging to the ibis family and is a migratory species. They are widely distributed across the world and inhabit wetlands, marshes and agriculture lands.

"Suffering from heat exhaustion and dehydration, the bird was unable to fly. The officials contacted Wildlife SOS which rushed a two-member rescue team to the bird's aid," the NGO said.

The bird was given oral rehydration solution and it is currently under observation.

As the mercury continues to rise, a large number of animals, especially birds, are falling ill due to dehydration, heat exhaustion and lack of shade.

Kartik Satyanarayan, co-founder and CEO of Wildlife SOS, said, "We are thankful to the staff and security personnel at the PM house for their support, and for alerting Wildlife SOS."

Ibises have a distinctive curved, sickle-shaped beak. These birds measure 45 to 65 cm in length and their wingspan is 80 to 90 cm, he said.

Wasim Akram, manager Wildlife SOS Special Projects, said, "At times like this, we must remain compassionate and consider the welfare of birds and animals that share our surroundings."

"We can do our bit by putting out earthen water bowls and food in our balconies, window sills, outside residential complexes and shops. Creating green cover by planting more trees and keeping potted plants also provide reprieve to these animals," he added.