Justice Gita Mittal, served as a Delhi high court judge for 14 years, got elevated as the first women Chief Justice of the Jammu and Kashmir High Court. 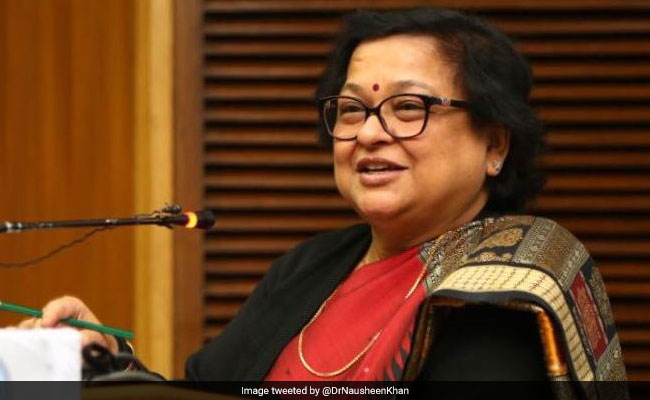 Bidding adieu to the Delhi High Court after her elevation as the Chief Justice of Jammu and Kashmir High Court, Justice Gita Mittal said today that the "glass ceiling" was not broken by attaining a position but by making a difference for others, especially the downtrodden.

Justice Mittal, who served as a Delhi high court judge for 14 years, out of which 15 months were as the Acting Chief Justice, said several people have asked whether she has broken through the glass ceiling subsequent to her elevation as the first women Chief Justice of the Jammu and Kashmir High Court and and her answer was "it is not about arriving at a position".

"The glass ceiling is broken when you make a difference to someone below you, when you uplift someone so that they can walk ahead of you. I have not done that and I have miles to go before I sleep," she said while speaking at the full court reference held in the high court here to bid farewell to her.

She also said she was sad to leave the Delhi High Court as there were many tasks that she has left unfinished.

To the next generation of lawyers, Justice Mittal suggested using ethical, fair and honest means when handling cases.

Prior to Ms Mittal's address, some senior advocates and government lawyers also spoke on the occasion of her elevation.

Apart from her work on the judicial side, they also spoke about the steps taken by her on the administrative side to ensure a tightened vigilance framework and improving the functioning of the trial courts where she had made surprise inspections during her tenure.

They also said that apart from excelling in academics, Justice Gita Mittal was an avid sportsperson as she captained the Delhi Juniors in volleyball and represented the city at the national level open championships.

(Except for the headline, this story has not been edited by NDTV staff and is published from a syndicated feed.)
Comments
Justice Gita MittalJammu and Kashmir High CourtDelhi High Court