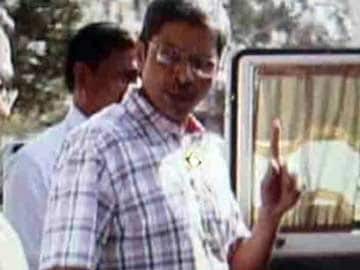 Ahmedabad: Suspended IPS officer and an accused in the Ishrat Jahan fake encounter case, GL Singhal has been reinstated by the Gujarat Government.

The order comes after a review by the state home department of his suspension in less than a week after Anandiben Patel took over as the chief minister from Narendra Modi.

Mr Singhal was given a default bail by the court after the Central Bureau of Investigation (CBI) failed to chargesheet him in the mandatory 90 day period.

He was also at the centre of a controversy when he had reportedly recorded a conversation at a meeting of law officials, ministers and other officials which was allegedly convened to derail the Ishrat probe.

Mr Singhal is also reported to have handed over to the CBI, secret recorded tapes which lead to the Snoopgate scandal involving a young architect, who was allegedly snooped over by the Gujarat government.

"This is a complete subversion of justice. There can be no good governance if justice is subverted. Is this the kind of good governance the BJP government had promised, where criminals are being reinstated?" said lawyer and activist Vrinda Grover.

Promoted
Listen to the latest songs, only on JioSaavn.com
Meanwhile, earlier this month, another IPS officer Dinesh MN, allegedly involved in the Sohrabuddin Sheikh fake encounter case and out on bail, was reinstated by the Vasundhara Raje government in Rajasthan.