"Police Unable To Protect Their Own": Son Of Cop Killed In Stone-Throwing

Ghazipur mob violence: Constable Suresh Vats was returning from security duty at Prime Minister Narendra Modi's rally in the district when he was hit by a stone.

The son of the police constable killed in stone-throwing on Saturday in Uttar Pradesh's Ghazipur district has slammed the state police, saying if they were not able to protect their own, what else could be expected from them.

Constable Suresh Vats was returning from security duty at Prime Minister Narendra Modi's rally in the district when he was hit by a stone. He died on the spot. The police identified the attackers as members of the Nishad Party, which was holding a district-wide agitation to demand greater reservation in government jobs and colleges for their community.

The police have arrested nineteen people and detained several others in connection with the violence. They have filed 32 named and over 100 unidentified people in the FIR.

Chief Minister Yogi Adityanath announced a compensation of Rs 40 lakh for the policeman's wife and Rs 10 lakh for his parents.

"Police are not being able to protect their own. What can we expect from them? What will we do with compensation now? Earlier, similar incident took place in Bulandshahr," VP Singh, son of Suresh Vats, said.

This was the second time this month that a policeman was killed in mob violence. On December 3, inspector Subodh Kumar Singh was shot dead during violence over cow carcasses in Uttar Pradesh's Bulandshahr. 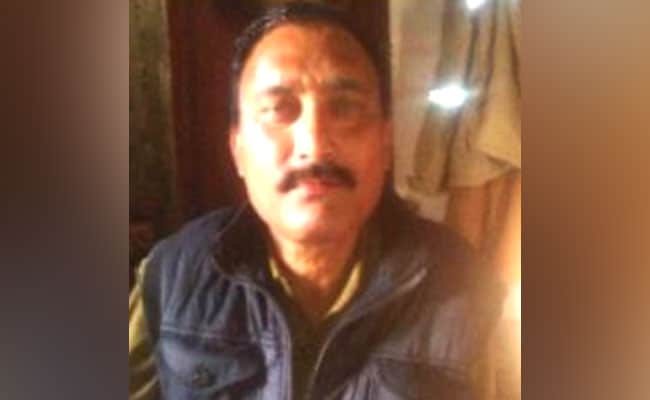 Suresh Vats died on the spot.

A policeman who witnessed the incident said Mr Vats died on the spot.

"We tried placating the agitators, but they just wouldn't listen. Instead, they began throwing bricks and stones at us. About three of us were injured, and Suresh died before he could be taken to a hospital," he said.

Nishad Party chief Sanjay Kumar Nishad denied that members of his party were involved in the policeman's death. "We want a detailed police investigation into the incident. The BJP is trying to defame us by levelling false allegations," he said.

The opposition has launched an attack on the state administration after the incident. Congress spokesperson Randeep Singh Surjewala reacted to the incident, saying in "Adityanath's jungleraj", the public and the police were not safe.

"In Yogi Adityanath's jungleraj, neither the public is safe, nor the police. Today, after PM Modi's rally, mob killed constable Suresh Vats. Before this, inspector Subodh Kumar Singh was killed, which the CM termed an accident. In BJP rule, democracy = mobocracy," he tweeted.

Three weeks after inspector Subodh Kumar Singh was killed during mob violence over cow carcasses in Uttar Pradesh's Bulandshahr, the man who allegedly shot him has been arrested by the police. The accused, Prashant Natt, was arrested from the Bulandshahr-Noida border on Thursday afternoon.

The police said he confessed to shooting Subodh Singh. "Prashant Natt has accepted that he shot inspector Subodh Singh. We are interrogating him and expecting more facts about the incident to emerge," a senior officer said.