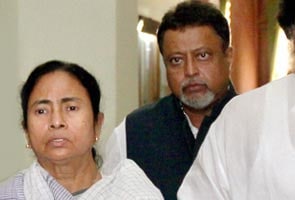 "Be ready, the Lok Sabha election can be held at any time," party insiders quoted her as telling at a closed-door meeting with party MPs, MLAs, including ministers and front organisation chiefs.

"You all should be prepared for it (Lok Sabha polls) along with the panchayat election," she said.

The term of the elected rural bodies expires in May 2013 but Trinamool Congress is keen to advance the polls.

Calling for intensifying the protests against the 'anti-people' decisions of the Centre after the forthcoming
Diwali festival, she said "it is a minority and government. It is a corrupt government. Loot is going on in the name of reforms. There are also various scams like 2G and Coalgate which have been unearthed during the UPA rule."

Reiterating her opposition to FDI in retail and cap on subsidised LPG, she said "in a democratic set-up, reforms must reach the poor and the common people. Reforms do not mean selling out everything to satisfy some sections.

"Our battle will go on as we are committed to the people," she said.

A party leader quoted her as alleging that CPM was "silent" on petrol price hike and other central decisions and accused it of having an understanding with Congress.

She also charged a section of the media with trying to malign her government as she was opposed to forcible land acquisition.

She said a section of corporate houses, which also ran media businesses, was criticising her government on different issues as they wanted her to lift the urban land ceiling.

Ms Banerjee also urged partymen to follow her and warned them of indulging in groupism.
Comments
Mamata Banerjee