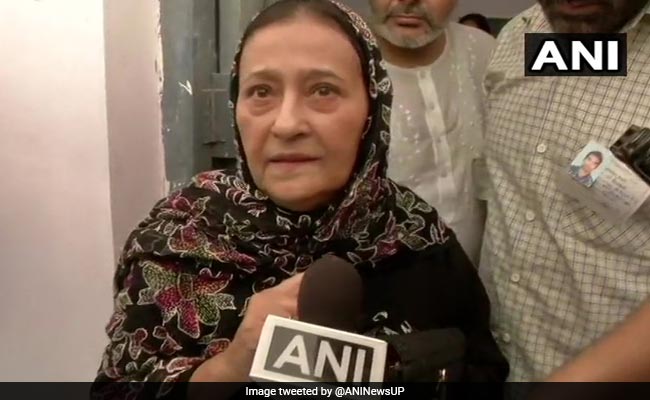 Wife of Samajwadi Party leader Azam Khan has alleged a threat to her family.

Wife of Samajwadi Party leader Azam Khan has alleged a threat to her family from the administrative officials of Rampur and has also sought their removal.

"Some of the district officials (of Rampur) and other officials are doing some planning against me and my family. They want to kill my husband and my son," Dr. Tazeen Fatima said.

Dr Fatima also alleged that officials were influencing voters and were conspiring to spread violence in the region.

"Those officers who have been deployed to protect the common man are themselves afraid of the people of Rampur. If this is true that these officers have no right to remain in the position. They conspire to influence the voters and spread violence in the region," she said.

The statement from Fatima came days after some administrative officials of Rampur denied allegations of being involved in any such plot.

Three officers had written to the Superintendent of Police alleging recce of their offices and residences. "Azam Khan alleged we hold secret meetings, conspiring to kill him. It's false. We noticed suspicious movement around our houses. So, we wrote to the SP," ADM JP Gupta said.

(Except for the headline, this story has not been edited by NDTV staff and is published from a syndicated feed.)
Comments
Samajwadi Party leader Azam KhanDeath threat