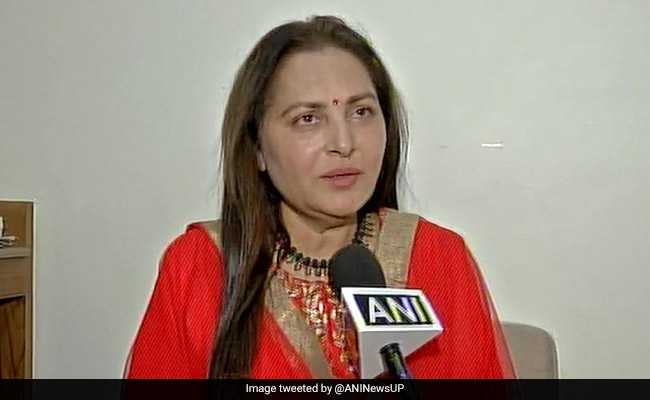 Lok Sabha Elections 2019: Jaya Prada called on the Election Commission to take note of the comments

Samajwadi Party candidate Azam Khan's son Abdullah Azam Khan on Sunday proved to be a chip off the old block as he used shocking words at a campaign rally on Sunday in Uttar Pradesh's Rampur, apparently for BJP candidate Jaya Prada.

Jaya Prada, who held the seat between 2004 and 2014 as a member of the Samajwadi Party, joined the BJP in March and has been pitched against Azam Khan, her former mentor. Rampur votes on April 23.

"Ali is ours and Bajrang Bali is ours. We want Ali and we want Bajrang Bali. But we don't want Anarkali," said Azam Khan junior, without naming Jaya Prada, a former actor who is also a noted dancer.

Jaya Prada has called on the Election Commission to take notice of the remark, which comes close on the heels of similarly shocking ones made by his father.

"Can't decide whether to laugh or cry, like father like son. Hadn't expected this from Abdullah. He's an educated man. Your father says 'I'm Amrapali' & you say 'I'm Anarkali,' Is that how you see women of society?" Jaya Prada said.

Azam Khan's son's remark references those made by Uttar Pradesh Chief Minister Yogi Adityanath in response to BSP chief Mayawati's call to Muslims to not divide votes between her party and the Congress. 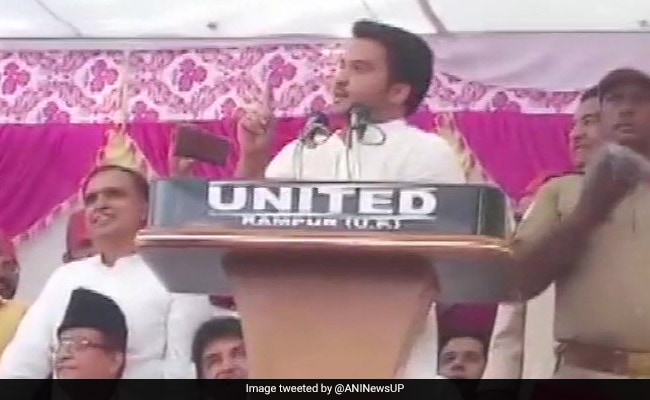 For context, Ali is revered by Muslims as Prophet Mohammad's successor and Bajrang Bali is another name for the Hindu god Hanuman.

Azam Khan had also earlier hit out at Jaya Prada in a series of widely condemned comments, saying, "For 10 years the person sucked the blood of Rampur, I held that person's finger and brought the person to Rampur. You made the person your representative for 10 years. I realised in 17 days that the underwear beneath is of the khaki colour".

He was subsequently handed a 72-hour ban by the Election Commission, an act his son claims is because he is Muslim. A case has also been filed against him.

"The use of the word ''Anarkali'' shows the low level thinking, and also the values which he got from his father Azam Khan," Uttar Pradesh BJP vice-president JPS Rathore said.

Jaya Prada, who was expelled from the Samajwadi Party in 2010, earlier alleged she was harassed, on Mr Khan's orders, during her time in the party and responded to the "underwear" remark by asking the people of Rampur to vote for her to protect women against Mr Khan.

Rampur is currently held by Nepal Singh of the BJP. Uttar Pradesh has 80 Lok Sabha seats and is a key battleground in general elections. The state will vote across all seven phases of the elections.