Polling will be held on Sunday in 14 constituencies including Sultanpur, Allahabad and Azamgarh. 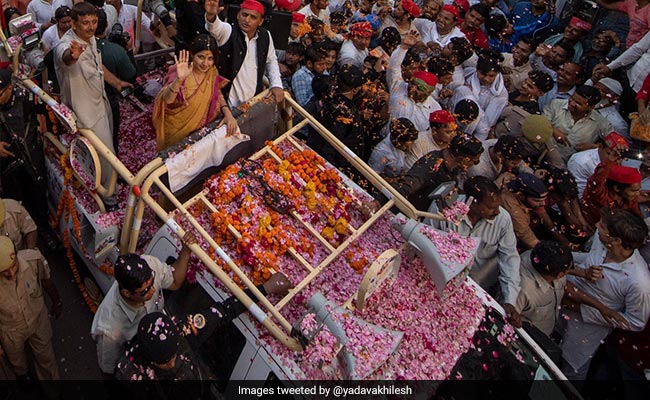 Uttar Pradesh elections: 177 candidates are contesting in 14 constituencies for polls on Sunday.

Hectic electioneering ended on Friday evening for 14 Lok Sabha seats in Uttar Pradesh, including those for which Samajwadi Party president Akhilesh Yadav and Union minister Maneka Gandhi are contesting.

The constituencies will go to the polls on Sunday, the sixth phase of voting nationwide.

For the Congress, its general secretary Priyanka Gandhi led the campaigning, holding meetings and roadshows in Pratapgarh, Siddharthnagar and Sant Kabirnagar over the last few days.

The Bharatiya Janata Party won 13 of these 14 constituencies in the 2014 Lok Sabha elections. The only exception was Azamgarh, won then by SP founder Mulayam Singh Yadav.

The BJP had swept the 2014 polls winning 71 of the total 80 seats in the state, with two others being won by ally Apna Dal (Sonelal). The Congress won two and the SP five.

In Azamgarh this time, Akhilesh Yadav is trying to retain his father's seat against Bhojpuri film star Dinesh Lal Yadav also known as Nirahua of the Bharatiya Janata Party.

Dinesh Lal Yadav was honoured by the previous SP government led by Akhilesh Yadav with the states Yash Bharti award.

Sultanpur too is seeing an interesting contest. The BJP has fielded Union minister Maneka Gandhi for the seat won by her son Varun Gandhi in 2014.

She faces Sanjay Singh of the Congress.

On Thursday, Congress general secretary Priyanka Gandhi Vadra held a roadshow in his support, and against aunt Maneka Gandhi.

Altogether, 177 candidates are contesting in these 14 constituencies, where 2.53 crore people are eligible to vote across 16,998 polling centres.