In the second quarter, Chief Economic Advisor (CEA) KV Subramanian said, the economy could pick up as industries will restart their operations with the streamlining of supply chains and migrant workers getting back to their jobs. 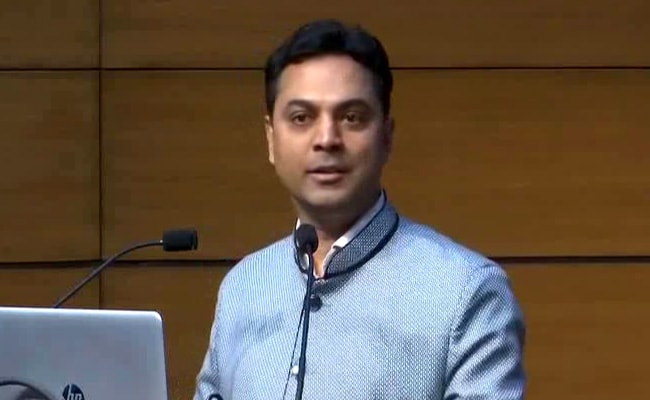 KV Subramanian said GDP in the first quarter is likely to range between 1-2 per cent.

Chief Economic Advisor (CEA) KV Subramanian said on Monday the GDP growth in the first quarter (April to June) this fiscal is likely to range between 1-2 per cent due to the COVID-19 led health crisis and subsequent lockdown which brought economic activities to a virtual standstill.

In the second quarter, he said, the economy could pick up as industries will restart their operations with the streamlining of supply chains and migrant workers getting back to their jobs.

Mr Subramanian said that it is difficult to estimate possible job losses due to the lockdown due to lingering uncertainty. However, good companies are likely to retain most of their workforce and with minimum wage cuts, as they resume operations, he told ANI.

The Chief Economic Advisor said the global economic scenario is weak and there is bound to be an impact on Indian exports.

"It is, however, time for Indian industries to revamp their strategies, adopt modern technologies and gear up to compete in global markets as many multinational corporations look towards shifting their manufacturing base out of China," he said.

Mr Subramanian said India has to consider its own ground realities while giving economic stimulus packages to the industry, rather than copy the models of countries like Britain and the United States.

Subramanian said the current volatility in the stock market does not reflect strong fundamentals of the Indian economy. The markets ride on sentiments of investors who look for near-term profits in high-growth areas.