Gautam Khaitan is one of the four Indians named by the Central Bureau of Investigation or CBI in its charge sheet in the Rs 3,600 crore AgustaWestland case. 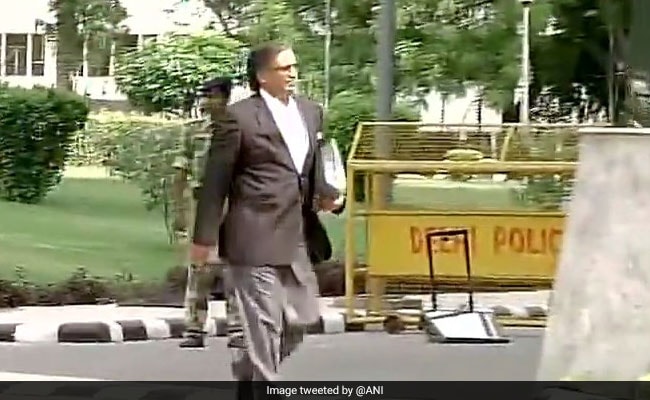 Advocate Gautam Khaitan, who is one of the accused in the AgustaWestland VVIP chopper case, has been arrested by the Enforcement Directorate under the Black Money Act. The agency says Mr Khaitan has several illegal properties.

Gautam Khaitan was arrested on Friday evening and was produced before a special court in the evening. The court has given his custody to the agency for two days.

Mr Khaitan's offices and properties in Delhi-NCR were raided by the Income Tax department last week. Sources say he is also being probed for whether he received kickbacks in other defence deals.

Later, the Enforcement Directorate took over the probe.

The Enforcement Directorate said that the lawyer had been "controlling" the modus operandi and was responsible for routing the money, misusing his connections and clients, including the ones inherited from his father, to launder the money with the use of a variety of accounts in Dubai, Mauritius, Singapore, Tunisia, Switzerland, the UK and India.

Agency officials said the accounts included those of his undisclosed shell companies outside of India.

Gautam Khaitan is one of the four Indians named by the Central Bureau of Investigation or CBI in its charge sheet in the Rs 3,600 crore AgustaWestland case which involved buying 12 luxury choppers for politicians, during the Congress-led UPA government's rule. The other three Indians accused in the cas are former Indian Air Force chief SP Tyagi, his cousing Sanjeev Tyagi and the then Air Force Vice Chief JS Gujral.

Gautam Khaitan was arrested in September 2014 for his alleged involvement in the AgustaWestland deal. He got bail in January 2015 and was again arrested on December 9, 2016, by the CBI. He later got bail.